The History of the Internet 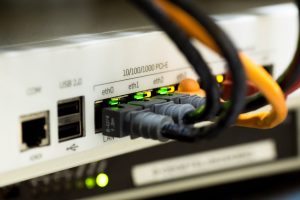 The Internet is a global phenomenon that has changed the way we communicate, do business, shop, and live our lives in general. However, most people, if they were asked about how the Internet works and its history, will not be able to give an accurate answer. In order to inform the general public about the beginnings of the Internet, I will detail its timeline in the following paragraphs.

To comprehend the creation of the Internet, we have to go back to the 1950s when electronic computers were first being developed. The concept of wide area networking began to form in computer science laboratories in the U.S., France, and England (Kim, Byung-Keun). But the real push to develop wide area networking came from the U.S. Department of Defense in the 1960s, with its ARPANET project, or The Advanced Research Projects Agency Network. In 1969, the first message was sent with the use of ARPANET from computer science Professor Leonard Kleinrock’s laboratory at the University of California to the second network node at the Stanford Research Institute (Kim, Byung-Keun).

Alongside this innovation were packet switching networks like NPL, ARPANET, Tymnet, Merit Network, CYCLADES, and Telenet. These networks were developed in the late 1960s and early 1970s, employing different communication protocols (Internet Society). Another significant event happened when Donald Davies, a Welsh computer scientist, presented packet switching in 1967 at the National Physics Laboratory in the U.K. (Yates, David).

Eventually, the ARPANET project led to the development of internetworking, which is the practice of connecting a computer network to many networks through gateways (essentially, a network layer) that uses routing information packets. So, the invention of network messaging and packet switching networks were integral to creating internetworking. And speaking of invention, the creation of the Internet protocol suite was developed by ARPANET staff alongside the French project CYCLADES directed by Louis Pouzin in the 1970s (Economist). So, like many other key inventions of humankind, the Internet was born from international roots.

Even though the Internet protocol suite was invented in the 1970s, it took until 1986 for interconnectivity to be achieved with it. The NSFNET (National Science Foundation Network) project provided interconnectivity between supercomputer sites across the U.S. and between several U.S. universities. At this time, the Internet was employed for research and organizational purposes only (Link Letter).

Perhaps the biggest game changer happened to the Internet with the introduction of the World Wide Web. Research done by British computer scientist Tim Berners-Lee in the 1980s resulted in the World Wide Web, which linked hypertext documents into an information system (Couldry, Nick). This led to an even greater impact on the public, with the Internet affecting culture, commerce, communication, and technology. From the mid-1990s, the Internet became an integral part of world society. To demonstrate how profound the Internet has been in connecting the world, in 1993, the Internet was only transmitting 1% of two-way network information, but by 2007, the it represented 97% of all telecommunications (Science).

Starting as a project of computer science researchers from various countries, and then from the U.S. Department of Defense in collaboration with many international organizations, the Internet began as a concept for quick communication for governmental and scientific use. But with the main organizing bodies for the Internet being eventually decommissioned, the commercial use of the Internet thrived first in U.S. cities and then it leaped across the world. Now, it is difficult to imagine living without it: much of our business, commerce, shopping, creative work, entertainment, education, communication, and research takes place on the Internet. But what is most fascinating is its limitless potential, and what it might bring to our nearest future.