The Role of Men 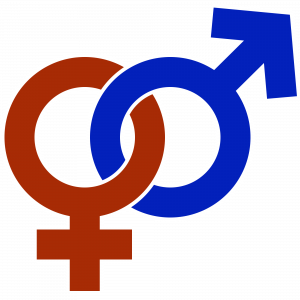 In this modern era, the roles of particular genders are getting muddier and muddier. Defined roles for men and women are now becoming blurred. Sometimes, it is said there are no longer roles for genders. But, in this essay, we will not discuss how or why the role of men has been obscured. Rather, let us explore the traditional and modern role of men in all its vital aspects.

Traditionally, men had these roles: a protector, a leader, a teacher, and a provider (The Good Men Project). Unfortunately, being a father figure was not so much into the equation of being a man. The women of the household were seen as more able and more responsible for children than men were. As long as the man could provide and protect his family, he was seen as a man. However, the man in the past did involve his sons and daughters in work, and taught them how to complete menial tasks. A man was also supposed to be confident in himself and be able to lead. This was also considered to be liked by women, and what attracted women to men. Having an air of determination, self esteem, and surety magnetized women towards them, supposedly.

In this modern era, men have taken more of an active role in family life, health, and providing emotional support. According to the Good Men Project, “Our modern society gives men a chance to be much more connected with their families and women are, finally, getting an opportunity to develop identities that are not defined solely by motherhood. Still, a lot of women prefer a man to play the role of a leader” (Olson, Alicia). In addition, modern men should not be ashamed, bitter, rigid, or emasculated. However, this does not mean men should shy away from emotions. They should, in fact, be masters of emotions. Sentiment needs to be weighed with logic and common sense. So, modern men are not devoid of their masculinity, but must be sympathetic, compassionate, and flexible in thinking. Apparently, the age of the stoic man has ended (Elephant Journal).

But what does this mean for you? How do you decide to take up the traditional or modern idea of being a man? If you are a husband, it often depends on what your wife expects of you, and what you expect of yourself. Often, men learn their roles from their fathers, or from father figures. And sadly, fathers have changed a lot in their roles recently. According to Family Education, “In generations past, sons expected to follow in their fathers’ footsteps, apprenticing in their work and in their approach to life. During the nineteenth century, however, fathers began to go out to work, and the measure of a man’s success slowly changed. Rather than the closeness of his family and the strength of his family business, a man’s worth could be measured in his income, the value of his house, and the size of his car. Parenting became “women’s work”; fathers were just too busy earning a living. And generations of boys grew up hungering for closeness with a father they barely knew, someone who came home only to eat dinner, look over homework, hear about the day’s misbehavior, and watch a little television” (“What Boys Learn from Their Dads”). This means that men are often torn between success at work and success at home. The point is finding the balance between the two, and not neglecting either. To add, Family Education found that, “fathers are just as good at reading a baby’s emotional cues as mothers are, but they respond in different ways. A father’s active play and stimulation may actually help a baby learn to be aware of his own internal state and to tolerate a wide range of people and activities” (“What Boys Learn from Their Dads”). This means that men should not forsake their emotional intelligence, but use it as women do to raise their children properly.

In this day and age, the roles of men are wide open. It is up to your choosing what being a man means. This is exciting and anxiety-inducing at the same time. With confidence in yourself, you can wade through this conundrum.

Olson, Alicia. “The Man’s Role in Society and Family: the Crucial Change of the 21st Century” The Good Men Project, 23 Mar. 2017, goodmenproject.com/featured-content/mans-role-society-family-crucial-change-21st-century-spnsr/.

“What Boys Learn from Their Dads.” FamilyEducation, 29 Nov. 2007, www.familyeducation.com/life/father-involvement/what-boys-learn-their-dads.