Why Anger is Bad for Your Health 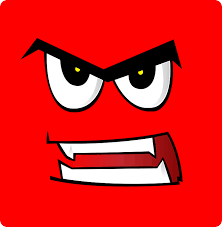 Expressed anger is not only damaging to your relationships, but also to your health. There are specific conditions that anger creates within the human body that negatively affects our well-being. These effects are usually said to be risks to your heart, higher risks of stroke, a weaker immune system, an increase in anxiety, being more prone to depression, weaker lungs, and a shorter lifespan.

Sometimes when we are angry, we can feel our heart pump harder. This is not coincidence. According to Everyday Health, “Most physically damaging is anger’s effect on your cardiac health. “In the two hours after an angry outburst, the chance of having a heart attack doubles,” says Chris Aiken, MD, an instructor in clinical psychiatry at the Wake Forest University School of Medicine and director of the Mood Treatment Center in Winston-Salem, North Carolina” (Strong, Debbie). It is amazing that just by getting angry, it can mean that a heart attack is imminent.

Besides heart risks, prompting a stroke has also been linked to the expression of anger. Stated by the American Academy of Neurology, “Anger and other negative emotions may be triggers for ischemic stroke, according to a study published in the December 14 issue of Neurology, the scientific journal of the American Academy of Neurology. The study found that people who had strokes were more likely to have experienced anger or negative emotions in the two hours prior to the stroke than at the same time the day before the stroke” (AAN). Both strokes and heart attacks are serious physical ailments that can lead to death. So, in a sense, anger can be linked to someone’s passing.

A surprising fact is that anger is also bad for our immune system. According to Everyday Health, “If you’re mad all the time, you just might find yourself feeling sick more often. In one study, Harvard University scientists found that in healthy people, simply recalling an angry experience from their past caused a six-hour dip in levels of the antibody immunoglobulin A, the cells’ first line of defense against infection” (Strong, Debbie). So, if you are getting sick often, you should check your level of anger throughout the day.

Now onto a more a psychological condition: anger is connected to increased anxiety. In fact, according to PsychGuides.com, “Unresolved anger issues lead to anxiety, which can have long-term effects on your life. Immediate effects of anxiety might include dizziness, rapid breathing, nausea, muscle pain, muscle tension, headaches, and problems with concentration and memory. Such symptoms can make it difficult to perform routine tasks and can add to generalized anger about life” (“Signs and Symptoms of Anger-Related Issues – Causes and Effects”). Not only does anger make us feel bad, it can also produce higher levels of anxiety that is accompanied by many different symptoms.

In line with another psychological condition, anger can make you more prone to depression, Based on findings from Everyday Health, “Numerous studies have linked depression with aggression and angry outbursts, especially in men. “In depression, passive anger — where you ruminate about it but never take action — is common,” says Aiken. His No. 1 piece of advice for someone struggling with depression mixed with anger is to get busy and stop thinking so much” (Strong, Debbie). It seems passive anger among men is a main cause of depression.

Back to the physical effects of anger, one’s lungs can get damaged or weaker due to this malady. Everyday Health states that, “A group of Harvard University scientists studied 670 men over eight years using a hostility scale scoring method to measure anger levels and assessed any changes in the men’s lung function. The men with the highest hostility ratings had significantly worse lung capacity, which increased their risk of respiratory problems. The researchers theorized that an uptick in stress hormones, which are associated with feelings of anger, creates inflammation in the airways” (Strong, Debbie). So, being inflamed from anger takes on a new meaning when associated with our lungs.

And finally, anger affects how long we live. It has been shown that if we have repressed anger, or passive anger, we can effectively shorten our lifespan. Studies have shown that those who hold in their anger through many years have shorter lives (Strong, Debbie).

Anger not only demonstrates its damage outwardly through the destruction of property and people, but also inwardly. This menace causes us to have heart issues, a greater risk of stroke, a poor immune system, a jump in anxiety, being more susceptible to depression, inflamed lungs, and even a shorter life. Next time you get angry, keep these details in your mind.