Why Islam is the Fastest Growing Religion 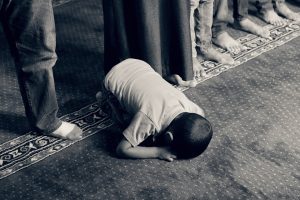 Though Christianity is the largest religion currently, Islam may overtake this position in the next 50 years. Despite bad press, with Islam being associated with terrorism and ultra-conservationism, the most reliable studies have determined that Islam will continue to grow at breakneck speed. The main reasons for Islam’s exceptional growth is that Muslims in general give birth to more children than participants of other major religions do; Islam has more people at the age for giving birth than any other religious group; more than a third of Muslims live in areas of the world where the population expected to be the fastest growing; and religion switching is not expected to hinder Islam like it will for Christianity.

Muslims seem to be not shy to have many children. On a global scale, Muslims have the highest fertility rate, with 3.1 children on average born to a Muslim woman (Pew Research Center). In comparison, Christians, who have the second-highest fertility rate, bear 2.7 children per woman. Why are Muslim women having so many children? There are various answers to this question. One answer is that Muslim women often live in areas where having many children is seen as a blessing, and sometimes the only respite from hardships (Filipovic, Jill). Another reason is that like most major religions, the idea of using birth control is frowned upon (Todd, Douglas). Also, in Islam, like most major religions, it is encouraged, based on scripture, to have many children (Islam Question and Answer). But overall, it seems to be more about demographics than scripture when it comes to why Muslims are having so many children.

Islam also has the benefit of having more female adherents of prime age to give birth than other religions. According to the Pew Research Center’s associate director of research and senior demographer Conrad Hackett, “Muslims are the youngest major religious group in the world. They have a median age of 24” (Here & Now). This is seven years younger than the median age of non-Muslims (Lipka, Michael, and Conrad Hackett).

Another demographic consideration for Islam’s exponential growth is that a large percentage of Muslims live in areas that are set to grow the most in the coming future. According to the Pew Research Center:
More than a third of Muslims are concentrated in Africa and the Middle East, regions that are projected to have the biggest population increases. But even within these high-growth regions – as well as others – Muslims are projected to grow faster than members of other groups. For example, Muslims in sub-Saharan Africa, on average, are younger and have higher fertility than the overall population of the region. In fact, Muslims are expected to grow as a percentage of every region except Latin America and the Caribbean, where relatively few Muslims live. (Lipka, Michael, and Conrad Hackett)
Thus, with few exceptions, Muslims have more children in most areas of the world than other religious groups, and people in general–especially in areas of high population growth.

Another major factor deals with religion switching. While Christianity is projected to lose 72 million believers between 2015 and 2060, Islam is set to lose as about as many practitioners as they gain in terms of religion switching (Lipka, Michael, and Conrad Hackett). Maybe one of the main reasons why Muslims do not defect from Islam often is that the punishment of apostasty, or the conscious abandonment of Islam, is severe. The majority of Islamic jurists believe the death penalty is fit for those that leave Islam (Omar, Abdul Rashied). Given this is the case, one can see why Muslims leave their religion less than other adherents of other religions.

For the picture of religious growth, Islam still claims the gauntlet. By most predictions, Islam will become the largest religion within 50 years, though Christianity is still growing at present. This is due to Muslim fertility rates, Muslims being of age to give birth on average more than other believers, Muslims having significant populations in areas where the most population growth is expected to happen, and favorable conditions in terms of religious switching as compared to other major religions. What will Islam’s dominance in the future mean for culture, the economy, and war? We can only wait and see.

Filipovic, Jill. “Why have four children when you could have seven? Family planning in Niger.” The Guardian, Guardian News and Media, 15 Mar. 2017, www.theguardian.com/global-development-professionals-network/2017/mar/15/why-have-four-children-when-you-could-have-seven-contraception-niger.

Encouragement to have a lot of children. Islam Question and Answer. islamqa.info/en/13492.

Omar, Abdul Rashied (16 February 2009). “The Right to religious conversion: Between apostasy and proselytization.” In Mohammed Abu-Nimer; David Augsburger. Peace-Building by, between, and beyond Muslims and Evangelical Christians. Lexington Books. pp. 179–94. ISBN 978-0-7391-3523-5.