Why We Believe Horoscopes 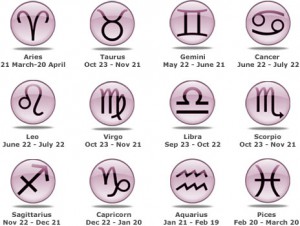 Living in the 21st century means living in the age of technological wonders, allowing people to do things that would be considered magic a century ago. Television, the Internet, cell phones, space flights, bullet trains, virtual reality, and holographic and three-dimensional images are just several examples demonstrating the incredible technological progress humanity has made during recent decades. Simultaneously, many people still believe in awkward and sometimes absurd phenomenons, like superstitions, magic, astrology, and so on. Especially this thesis refers to astrology; although many people claim horoscopes for their zodiac signs are “absolutely true,” science proves it is only a matter of perception.

If you have ever read a horoscope for the zodiac sign you were born under, you must have noticed that sometimes “predictions” about your personality traits, lifestyle, relationships, or career can somehow seem to be exact. Fortunately, this does not mean that distant stars and planets somehow affect your destiny; much more likely, in such cases, you are experiencing what is called the Barnum Effect.

Generally, the Barnum Effect (also called the Forer Effect) means people’s tendency to take vague and generalized characteristics of themselves as accurate and truthful (Paranormality). Or, in other words, it means that people accept characteristics that can apply to many people as personal and accurate only for themselves.

You have a great need for other people to like and admire you. You have a tendency to be critical of yourself. You have a great deal of unused capacity which you have not turned to your advantage. While you have some personality weaknesses, you are generally able to compensate for them. Your sexual adjustment has presented problems for you. Disciplined and self-controlled outside, you tend to be worrisome and insecure inside. At times you have serious doubts as to whether you have made the right decision or done the right thing. You prefer a certain amount of change and variety and become dissatisfied when hemmed in by restrictions and limitations. You pride yourself as an independent thinker and do not accept others’ statements without satisfactory proof. You have found it unwise to be too frank in revealing yourself to others. At times you are extroverted, affable, sociable, while at other times you are introverted, wary, reserved. Some of your aspirations tend to be pretty unrealistic. Security is one of your major goals in life. (Forer)

As you can see, the statements above can be more or less applied to almost anybody. No need to say that horoscopes usually consist of phrases that to a significant extent resemble (or even repeat) those in the presented text. Sometimes, horoscopes can be completely accurate. For example, a Gemini writer may read that his or her sign is prone to writing and/or literary work. But such cases are either coincidences (not every Gemini in real life is a writer, or at least talented in writing), or illustrate a person’s ability to find particularities in vagueness.

Astrology and horoscopes should not be trusted. Although some of the predictions may seem incredibly accurate, this is an illusion caused by the peculiarities of how our minds work. People tend to accept generalized characteristics as accurate and applicable to themselves; this is called the Barnum (Forer) Effect, and it is responsible for making use see horoscopes as something credible.