Where Friends are Found

Where Friends Are Found 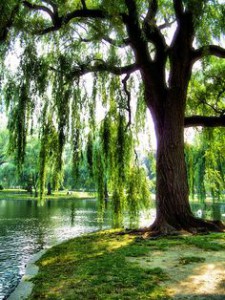 Bryce still remembered the smell that permeated in the air that evening: a combination of gingery sweetness of wild flowers, hazelnut pie crust, and ripe raspberries. The smell of a hot summer evening, when the sun had already hidden its rays for the night, but the earth was breathing out the steam of the day fever. That July, two years ago, was particularly hot, humid, and promising to be boring. Having finished his second year in college and planning to spend the summer working in the local amusement park, Bryce was not anticipating any glory. Moreover, most of his college friends had moved out of campus for the summer and traveled back to their homes while he was stuck in Grindson for the whole summer, since this was where he grew up and spent every summer. The goal for the season was to simply stay in town and try to survive the heat of the Central Texas prairie.

That Tuesday, July seventh, was a regular day like many others. Bryce had worked through his morning shift in the park without a single pause and was already free by five. Having nothing much to do, he decided to take his old green-and-blue Cannondale bike and ride to the little forest just outside Grindson. But first he drove home in his old maroon Ford truck that was getting rustier than maroon every year. The truck was a present from his grandmother and Bryce had loved this piece of steel and rubber dearly ever since he got it for his seventeenth birthday. Selling this truck and buying a vehicle more suited for actual driving never seemed like an option; not because he did not have an answer to the question of who would have to pay real money for this wreck, but because Bryce could not imagine himself spinning the wheel of any other car.

At home, Bryce took a cold shower, prepared a couple of turkey sandwiches, and cut a few fresh tomatoes from the little backyard garden his mom was so tenderly keeping. He put a couple of water bottles from the fridge into the blue, portable trunk he had bought and welded onto his bike recently. With that done, he put on his headphones and hopped onto his bike. It was a bit past 6pm as Bryce rode through the field of scorched grass and wild daisies, taking a turn left and then continuing along a muddy pond into the woods. The pond was much smaller than two weeks ago when he was last there. As Bryce was riding by the pond, he thought that in a few weeks from now, there probably will not be much else but a swampy puddle left of it if the days continued being hot and the rains kept ignoring this part of the state as if they were mad at the citizens of Lampasas County.

When Bryce reached his destination point—a cozy, round plot of grass with soft, natty bells of pink and blue bluebonnets, half-covered with the shadows of the wild Texas Mulberry trees—he was blanketed in sweat and started thinking that going for a ride this time of day was too rash of a decision. Bryce took off his faded green John Deere cap that was wet with perspiration, whisking off the sweat drops from his temples and tousled his short brown hair. His head was spinning—water gave little relief from the thirst and the least he wanted at the moment was that warm flapjack of a sandwich that seemed so delicious a half an hour ago. As Bryce sat on the ground and sipped on a second bottle of water, his plans for a picnic slowly changed into plans for a late afternoon nap. He suddenly felt worn out, as if the heat had completely drained him during this brief bike ride.

Bryce lay straight on his back in the shadow of the oldest and bushiest mulberry tree around. This tree had been here for as long as Bryce could remember. When he was a small child, he used to come here with his older brother and once scratched their names on the bark of its trunk.

Bryce woke up to the sound of someone’s breath right next to his ear. It took him no more than a second to remember where he was and to look over at the young, tall girl who was sitting cross-legged in front of his face, smiling and eating a mulberry. Bryce sat up on the grass, cleared his throat and mumbled “Hi.” His voice sounded kinked and shaky, like the voice of an irresolute teen boy at the sight of a cute girl. Well, he felt exactly that way. But the girl seemed to have ignored how embarrassed Bryce felt. She serenely stretched out her right arm and offered Bryce a handful of mulberries. The girl was wearing a pair of bright orange trainers, Bermuda shorts and a simple, white tank top. She wore a ponytail to the side and a couple of tiny freckles on each of her cheeks. She was about Bryce’s age, maybe a year younger.

Natasha came across the grass plot some fifteen minutes ago with the idea of wandering. When she noticed the presence of a ruffled young man sleeping under the shade of a tree, she felt inclined to watch him, as if she was studying human nature. His lashes flashed intermittently, and were blazed in light at the right moment when they were tipped with the sun. She thought that that she rarely had the chance to witness someone sleep, to really look at a person without hindrance. After about 20 minutes of examining him, she wanted to wake up her subject. But almost anyone seems like an angel when they are sleeping—she could not persuade herself to prod him to awareness.