Traveling to India for the First Time 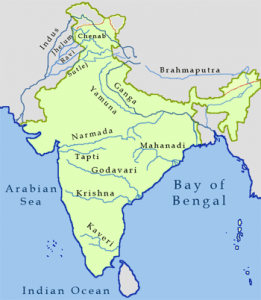 As a 20-year-old college student with cash to spare, going to India was a dream. I had been listening to tons of Indian classical music, meditating, and loved Indian food. I daydreamed of the day I could step foot in India and see if for myself. They say there are two reactions when coming to India: either you hate it, or think it is the best place the world has to offer. After being there five times, it is still my favorite place to visit. But for now, I will talk about the first time I visited this land.

My father passed away when I was 18 years old, and I got some inheritance money (one year’s salary of my father’s work as a radiology manager in a hospital). With this money, I had enough money to travel to India and study music there at a music academy for Indian classical arts. I felt it was a way for me to go through the grieving process, and also a way to reach my dreams.

I was to stay in India for 10 months. Six months at the music academy, and four months traveling. The plane ride there was the longest I had ever been on. I remember it being about 24 hours long. I felt as if I entered a new dimension of claustrophobia and anticipation. But mostly, I was too hyped to go to India to care about the negatives.

I did not travel alone. I went with my brother and friend, but our connecting flights were different. This spelled trouble. My connecting flight from Moscow to India was delayed because of a blizzard. Figures, right? My brother and our friend got to India almost a day earlier than me. We did not have cell phones back then, so I had no way of reaching them. I would just have to wait until I got to academy to talk to them.

So, when I arrived in Mumbai, I had a mix of feelings swirling through my body. I was excited to see the sun rise on the great land of India, but I also knew I was stranded in a country I did not know much about. I decided to book a hotel for the night, as it was late in the evening when I arrived. I figured I would pay a driver to take me to the music academy, which was about three hours away from Mumbai.

I arrived at the hotel in a taxi, and people were asking for tips for everything: opening the door, bringing water to me, carrying my luggage, and I happily gave it out due to my exhilaration (even though Indian people do not usually give tips for these things). But when I saw my room, it was shabby, and the bathroom had centipedes and other insects lining the walls. I was shocked and little terrified. I was thinking about how I was going to sleep there without getting bombarded by these creatures. But anyways, my enthusiasm for seeing an Indian sunrise conquered this fear.

I woke up early the next morning, and talked to the hotel staff about arranging a car to the music academy. The driver said that he knew where it was without hesitation. The academy was in a town called Vaitarna, and I took the driver’s word that he knew where he was going. Little did I know that in India, people almost never say “no” and simply say something even if they are not knowledgeable about a certain subject. So, instead of the driver taking me to the music academy, he took me hours in the wrong direction to an ashram of a spiritual teacher, or guru.

But positivity can change one’s outlook, as I was not so concerned about getting lost. I was a little upset that I was taken to a strange guru, but at the same time happy to be in India. The people at the ashram seemed like decent people, and after a phone call from their office to the music academy, my brother and my friend were informed about where I was. They said they would come to pick me up with one of the academy’s drivers. In the meantime, I was playing chess with one of the locals there, drinking masala chai tea, and enjoying realizing the reality of what I envisioned. From that day, I learned more than ever that attitude can make a sour experience a joyful one.