Why Abortions Should Not Be Tolerated 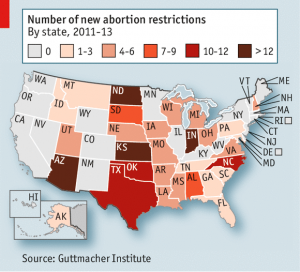 The ideas of tolerance and human rights protection, based on the idea that every human being is the master of his or her own life, have contributed to letting people live as they want and do what they will—in reasonable measures. In particular, tolerance has seemingly resolved or smoothed-out a number of moral dilemmas that humanity faced during the past centuries. However, there still are several extremely important and disputable issues, such as euthanasia, implanted ID chips, biometric identification, and abortion. Abortion is, perhaps, one of the oldest, and one of the most difficult issues to sort out among them; while proponents of abortion call for its acceptance, its opponents believe that it is immoral and inexcusable. And though many human rights protectors claim that every woman can do whatever she sees as just, I am strongly convinced that abortions can not be tolerated, as they harm mothers and their innocent children.

Any reasonable and sound person would be outraged if someone offered to grant mothers a right to kill their babies immediately after birth. This would be called inhumane and immoral—it would be a crime. However, this is what proponents of abortions do by standing for the etching of an embryo before birth. They ignore the fact that the baby is already a human being, from the very first days after conception. According to W. L. Saunders, “Every human being begins as a single-cell zygote, grows through the embryonic stage, then the fetal stage, is born and develops through infancy, through childhood, and through adulthood, until death. Each human being is genetically the same human being at every stage, despite changes in his or her appearance” (Saunders). In other words, abortion is still infanticide: a killing of a living human being, despite the fact that the child is still in the womb.

Another argument is that a woman who has decided to get rid of the embryo is about to kill herself as well. Though an abortion may seem to be an option for underage mothers, or victims of rape, etching the baby does not free a woman, or calm her down. According to statistics, women who had abortions tend to commit suicides much more often than those who chose to give birth to a baby: 28% of women who committed an abortion attempted suicides (AfterAbortion). Among other problems are alcohol and drug abuse, post-traumatic stress disorder, sexual dysfunction, and many other issues.

Though abortions are often seen as an option for women who, due to various circumstances, do not want to give birth to a baby, it is perhaps the worst choice. No matter how a child looks like in a womb, no matter how underdeveloped its consciousness and nervous system is, it is still a human being that has a right to live. Besides, abortions cause severe physiological and psychological damage to canceled mothers, such as ectopic pregnancy, terminal diseases, depression and suicidal behavior, alcohol and drug abuse.