A Note Against Transhumanism 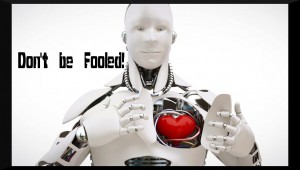 By the first quarter of the 21st century, humankind’s evolution has reached its peak; at least this is true for the human brain, as some neuroscientists claim (io9). This means the shape of our bodies, as well as the functions of our organs, and our mental capabilities, will most likely not change in the future. However, a large group of people believe the human race can be enhanced by the means of modern technology; along with reasonable ideas, there exist radical theories about digital immortality (uploading one’s consciousness to external storage), or replacing human biological bodies with cloned or mechanical ones. This ideology is called transhumanism, and despite its seeming attractiveness, it is a dangerous idea and a direct way to social instability and losing humaneness.

Let us focus on the transhumanist idea about shifting our natural bodies to artificial ones. No matter how sophisticated the technology is, it cannot overcome one of the most amazing mechanisms that have ever existed: human emotions. Simply put, an emotion is a reaction of an individual’s body to their thoughts or actions. One does not feel an emotion in their mind—it is a physical reflection of their mental condition. However, if the human body is replaced by a mechanical analogue, how would this person be able to have feelings? Emotions serve as regulators of our behavior. Shame, guilt, compassion, fear, joy—these and many other emotions we feel every day; they help us distinguish rights from wrongs, they empower our ethics, our moral norms (FAKE 1). Even if a cloned biological body would be used instead of the mechanical one, where are the guarantees that nothing would go wrong? Emotionality is perhaps one of the strongest anchors of humaneness that we possess, and denying it would most likely lead to unforeseen consequences.

Another problem related to transhumanism is a global shift in social processes. Since transhumanism implies a person voluntarily undergoing bodily changes, it is obvious that respective procedures will be available only to those who can afford paying money for it (as it will not be cheap). At the same time, artificial enhancements will most likely make these new human beings more effective in terms of mental and physical capabilities; hence, they might be able to form a sort of a higher caste that would treat regular “non-augmented” humans as inferior beings (Anselmo). Crimes, discrimination, human rights infringement, and other negative consequences of this artificial and uncontrolled evolution are directly connected to the previous thesis about the loss of emotions, and seems to be inevitable.

One of the scourges of human civilization of the 21st century are mental diseases. Many of us know people with Alzheimer’s disease at 60 or 70 years old. Paranoia, schizophrenia, all kinds of obsessive-compulsive disorders, Alzheimer, dementia, and many other mental dysfunctions are rather common within an average lifespan of 70-80 years. However, transhumanists believe the ability to transfer minds to the external storage would make people immortal. But our minds are biologically programmed to function within a certain time lapse (ScientificBase). It can be compared to an expiration date, and the more time passes after it, the worse the mind’s condition is. Considering this, would an immortal entity be able to remain fully sane for hundreds of years? A mental disease is not a virus or glitch, so one cannot start an anti-viral program to delete it. Hence, some kind of a cyber-psychotherapy would become medical discipline number one in the transhumanist future. It is ironic: transhumanists like Ray Kurzweil or Hans Moravec dream of godlike abilities, but instead of creating digital universes, humans in fact would have to fight idiocy and mental disorders.

Transhumanism as an ideology of the artificial evolution of humankind by the means of technology can be rather attractive. Some transhumanist ideas could be even applied for the sake of humanity. On the other hand, radical transhumanist ideas—transferring the human mind to artificial external carriers, in particular—are dystopic. Artificial or cloned bodies would cause “augmented” human beings a number of severe problems; for example, people would lose their ability to feel emotions, which is one of the key criteria of humaneness. Social life would change drastically, as augmented people would most likely treat “simple” people as inferior beings. But most likely, the minds of such augmented and immortal people would collapse, because a human mind has a biologically-programmed “expiration date.” Therefore, transhumanism and its ideals are hardly applicable to humanity.