Sun: The Earth’s Most Vital Source of Alternative Energy 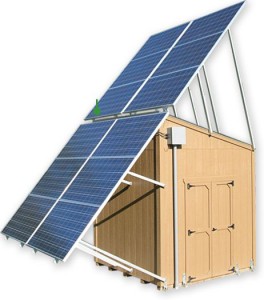 Our modern industrial civilization is to a large extent based on using fossil fuels. Still, due to overpopulation, climate change, and the scarcity of resources, one of the most precious and efficient sources of energy, oil, has already started to exhaust (Bode, 2005, p.81). This fact has caused scientists globally to seek for substitutes to fossil fuels to avoid economic and industrial collapse. Experts in the field of sustainable energy have turned their attention increasingly towards solar energy in particular as a viable alternative to fossil fuels.

Solar technology utilizes the Sun’s energy to produce electricity and does not rely on the continual mining of raw materials. Consequently, this does not result in the annihilation of ecosystems, as witnessed in the extraction of fossil fuels. For instance, in the river Niger Delta, an ongoing irresponsible and excessive oil extraction can be witnessed. As a result of this activity, the mass extinction of fish has been observed in the region, as well as the abandonment of whole villages where people used to live on fishing (Nelson, 2008, p. 63). Another well-known incident is the BP oil leak in the Gulf of Mexico, which spilled over a million cubic meters of crude oil. Using solar energy does not imply releasing greenhouse gases into the atmosphere; the energy production process for it is free from any gas, smoke, or other chemical waste.

Solar energy, unlike other sources of conventional energy, is free from monthly or other charges, except the first installation and maintenance fees. Operational costs are also negligible. Solar energy does not require costly and ongoing raw materials, such as coal or oil, and unlike conventional power production, operational labor is redundant. Professor Richards Hans from the University of South Calgary (2012) notes that the prices of fossil fuels keep increasing and the production price per watt of solar energy has reduced by 60% in the past five years (p. 29). This, together with the fact that solar energy power plants may be independent from the national energy grid, is a significant advantage for people in isolated localities; solar energy is more cost-effective and practical for self-reliant societies, or those who live in rural or isolated areas. It is practical since it is much cheaper to install solar energy systems than putting up power lines; it is cost-effective due to conventional sources of energy depending on a variety of factors, like transportation of petroleum and frequent maintenance.

Those with divergent views on solar energy insist the cost of installing solar energy system is higher compared to conventional sources of energy (Demirbas, 2008. P.38). They also argue that solar panels require excessive amounts of space for installation, and this might hinder its application in limited space, such as urban areas. According to Professor Ayhan Demirbas from the University of North Seattle (2008), the reason why installation costs are relatively higher is due to solar panels being made from materials that have exorbitant costs (p.38). However, as solar energy becomes more and more competitive due to shortages facing other sources of power, prices are expected to come down. Governments seeking to cut down carbon emissions may also subsidize the cost of installation.

Solar energy has the potential of becoming the most significant source of energy in the nearest future. Since there are no chemicals or gases involved in energy production on solar plants, this type of energy can be considered one of the cleanest. Solar energy is also cheap and practical. Solar plants may be constructed off the national energy grid, which is beneficial for small self-reliant societies, and they do not require monthly or other charges. Those disputing the viability of solar energy as an alternative to fossil fuel insist that installing solar panels is expensive and requires plenty of space. However, government subsidies and other measures are likely to reduce said costs, and the problem of free space is also in the process of resolving. On the whole, it is clear that fossil fuel deposits are getting lower and lower each day. Therefore, increasing numbers of people will continue to embrace solar energy as the best alternative to fossil fuels.