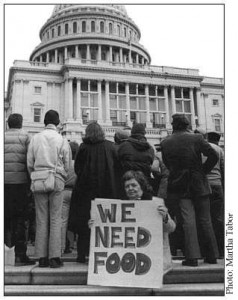 America has been considered to be a country with one of the highest life standards in the world. Not only in the US, but globally people know the expression, “The American Dream,” and though each individual puts their own meaning in this phrase, America has been invariably associated with prosperity and wealth. Thousands of immigrants have looked for happiness on its shores. In the 20th century, the US had become one of the two most powerful countries in the world; after the collapse of the USSR, America managed to keep its dominating position. However, it did not last for long; nowadays, more and more researchers claim America is gradually transforming into a third world country.

The foremost argument in favor of the aforementioned thesis is the increasing rates of poverty. According to World Affairs, in 2009, the US counted 43.6 million citizens as officially poor; moreover, over 19 million Americans were classified as extremely poor, which implies they could hardly (or could not at all) find the financial sources to sustain their living (World Affairs). In practice, it also means the shrinking of the middle class; the sustainability of the middle class is traditionally considered to be the basis of any economically-prosperous society.

During the recent presidential debate season, the average income level for a family to be considered middle class equaled $250,000 a year; however, according to statistics, only 1.5% of families make it up to $250,000 or higher. Less than 15% of families earn at least $100,000 a year (Alex Jones’ Infowars).

Another symptom of America’s transformation into a third world country is the gradual decrease of national industry. Since the end of the 18th century, American industry was under governmental protection, which greatly contributed into the establishment of a well-paid, qualified middle class. However, as the world became more globalized, the shield of protectionism has weakened. In the 1960s, each third American worked in manufacturing, earning a high salary for that; at the same time, over 50,000 factories were closed in the US only during the recent decade, and over five million manufacturing jobs have been lost (AlterNet). American industry slowly but persistently moves to low-wage regions of the world, such as China, India, Latin America, or certain countries of Eastern Europe, where people are ready to work in difficult conditions and for a lower payment.

From year to year, America is becoming more economically dependent. In 2010, the US had 4.4 trillion dollars (out of 14 trillion dollars) of their debt held by the foreign governments (World Affairs). From this sum, almost a quarter ($892 billion) belongs to China. To compare, Ecuador and Iran have only about $13.5 billion of external debt each. In addition, America’s currency is not supported by a gold reserve. In practice, this means America has no other ways of paying out its debts except by emitting more dollars that have no real value.

Though for many generations America was a beautiful dream, a land of opportunities and economic prosperity, recent trends do not speak in favor of such statements. On the contrary, certain signs may serve as milestones pointing to the fact that the US is slowly transforming into a third world country. Among such signs one can distinguish increasing levels of poverty and the shrinking of the middle class; the gradual decrease of national industry; and the growing external debt which makes America vulnerable and dependent on other countries.