Reasons to Use Android 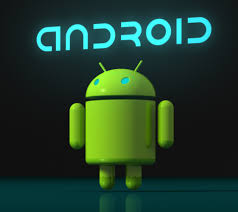 The recent hysteria about iPhone 6 and the new iOS is natural. Every several years, Apple announces new gadgets that promise to be better than those of the previous generation. In fact, changes are rather insignificant, because both older and newer gadgets are equally decent to deal with any tasks common users would want to accomplish. So, there are many people who prefer the alternative paradigm in the world of mobile technologies, and choose gadgets that work on an Android OS, developed by Google. There are several solid reasons why gadgets on Android are better than those produced by Apple.

Primarily, it is about customization. Being the user of an Android device allows you to customize literally everything, starting from how your operating system looks like (with various unofficial mods) and ending up with third-party software (such as keyboards, widgets, and so on), which is in many cases more advanced and functional than standard Android applications. Moreover, Android users can access advanced functions of their gadgets through the procedure of rooting, which allows them to use their smartphones at 100%. At the same time, Apple devices do not grant their users with wide customization possibilities (What Culture).

Another reason for giving preference to Android is this operating system lets its users manipulate multimedia files much easier than Apple devices. In fact, if you are an Android user, you can simply drag-and-drop your files into the device’s folder (which is another Android’s advantage), whereas Apple products want you to manage your music with iTunes, and your photos with iPhotos (Business Insider). In general, working with files on Android is also easier, because Google, unlike Apple, grants users access to a device’s filing system.

Will give you actionable steps in organizing
your essays

Pricing is, perhaps, the major reason for choosing Android. If you know for sure what you want from your smartphone or tablet, you can easily find a device that suits your needs without paying more money for unneeded features like advanced CPU, RAM, and so on (Android Authority). Also, applications for Android are cheaper than for iOS, and many of them are free. So, Android-based devices can help their users save money. Besides, Android devices work great with Google services, such as Disk, Docs, or Maps, and so on.

On the whole, Android OS and devices based on it are a better choice than Apple products, due to being more flexible. It allows wider possibilities for customization, an easier management of files, and is in general cheaper than iOS. All the hype for the iPhone might as well be well-orchestrated marketing propaganda.