Why Email Spam Should Be Outlawed 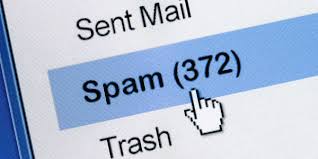 Apart from the numerous benefits and conveniences people around the world can enjoy due to the Internet, there are also multiple drawbacks. Not all of them are obvious to an average user, and perhaps only professional IT workers face them from time to time. However, there is a problem almost any Internet user has encountered at least once in a lifetime. Unlike many people might think, spam is not just an annoying but harmless email message; in fact, spam can be a dangerous tool capable of harming its recipients, and should be outlawed.

Spam can cause real damage. If you wonder how a mere electronic letter can be harmful, first recall the usual contents of spam letters. Along with intrusive commercials and newsletters from electronic shops you have used only once, every email user is also at risk of receiving spam letters advertising pornography, weapons, and other questionable content. Although it might be safe in the United States of America, the European Union, and some western countries, it can be illegal in more religious countries—especially in Islamic states. A citizen of such a country who has received a spam letter with porn can be thrown in jail for nothing. A person who never looked for such content might be accused of consuming it. This is not to mention child pornography, which is also distributed and advertised through spam messages (IFR).

Having to deal with spam day by day can be stressful. Even though spam messages usually have an “unsubscribe” link, getting off a spammer’s list requires a number of actions, such as visiting the website, acknowledging unsubscription, sending confirmation letters, typing the captcha, and so on. This might be not a problem in the case of being a target of several spammers; however, usually Internet users receive dozens of spam messages daily; unsubscribing from each of them is almost impossible. Many AOL users, who are now having hard times dealing with spam, report they are already nearing the point when their mailboxes stop being useful for them because of spam (Spam Abuse).

Spam can be harmful in yet another way. Rather often, spam emails contain viruses such as trojans, worms, unblockable ads, bitcoin miners, and other malware; opening a message with such a program can instantly damage users’ computers. Spam is a tool for all kinds of frauds; for example, inheritance frauds are popular, when a user receives a personalized and seemingly credible email from a lawyer (often with a personal website and social media accounts) informing them about inheriting a sum of money, or real estate, and requiring them to send personal data for a final check. Spam often advertises low-quality, fake, or misleading products; various self-improvement and plastic surgery services and products are also distributed through spam—no need to say they deal more harm than use (FW2.com).

All these facts speak in favor of the necessity to proclaim spam illegal. A seemingly harmless electronic message can deal real damage: involve a user in a scam, contaminate their computer with malware, or even cause accusations in illegal actions such as distributing child pornography. Therefore, this problem should not be overlooked, and spam should be outlawed.

A persuasive essay is a form of academic writing that is built around a central argument. These essays are sometimes called argumentative essays because of this. In this category of composition, the writer aims to persuade the reader to accept his or her...
✕
Get unstuck with your
Play a writing game