Why Living Separately from Parents is Good for Young People 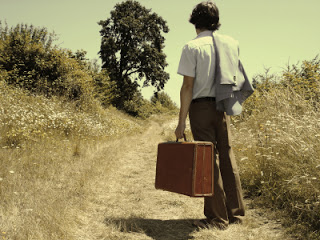 Throughout the recent decades, American youth seem to have become overprotected by parents, relatives, municipal services, and the society in which we live in. The ways in which different obstacles, substances, and occupations affect young people are numerous: our society tries to protect young people from every little misfortune that might occur in their lives and politicians appeal to youth protection problems to gain political benefits. All this may create an image of a young person as a subtle and tender being that needs to be protected and taken care of, otherwise something terrible might happen. This is annoying; the only and the best possible thing that can be done by parents for their children is to let them live their lives separately.

Contrary to the popular opinion that the surveillance of young people helps protect them from substance abuse, bad influences, and all kinds of troubles, it is not true. If a person is poorly raised, no surveillance and parental control can keep them away from trouble; on the contrary, a well-raised person can prosper even when living away from parents for a long time.

The benefits of independent living for a developing personality are obvious. One of them is that such a person quickly becomes self-sufficient and learns how to sustain themselves—they have to do it. The most common scenario is when a teenager goes to college, which often implies living in a different city, on campus, or a rented apartment. Staying at home with parents allows young people to live by predefined parental rules and affords the luxury of being unemployed (Synonym). However, the sooner a young person leaves his or her parents and leaps into the adult world, the sooner he or she will understand the value of money and honest labor; the sooner he or she will learn to organize his or her schedule; start developing and improving his or her skills to be competitive in the labor market; he or she will also stop being a financial burden for his or her parents, or at least share the part of financial expenditures with them. In other words, being a worker bee is better than being a drone.

Another advantage of living separately from parents is independence and the ability to learn about how to make decisions and take responsibility for them. Parents can (rather often, subconsciously) suppress their children by controlling them and\or pass on their own rules and expectations. A young person living with parents has more chances (or risks) to adopt behaviors and reactions of the older generation, instead of developing his or her own alternatives. Living with parents can be relaxing and comfortable, meaning that a teen can always count on his or her parents’ help when facing problems; a teen can afford to avoid making decisions, knowing that his or her parents would do this instead; teens living with parents have fewer chances and ways to express their individuality, and so on. However, this is not the comfort that can do much good for a person in terms of his or her future life. When a young man or woman lives away from parents, his or her has to take responsibility for his or her lives, faces stress, solves problems, seeks earnings, and so on—otherwise he or she will not last long, and will have to return home without accomplishing anything (IFR).

What is also important is that living away from parents, a young person has more chances to find the occupation he or she loves, and avoid risks of ending up employed in a family business or undesirable local work (Debatewise.org).There is nothing bad in working in a family business, and if a young person feels like doing so, it can only be greeted and encouraged. However, some parents tend to ignore the needs and career ambitions of their children, believing that participating in a family business is the only worthwhile alternative for them. The same refers to local work: building a career in a small province town is harder, and opportunities are fewer than in cities like New York, Seattle, and Los Angeles. Therefore, to be able to fulfill their own goals and build careers, it is crucial for young people to start living on their own.

Although there is a strong belief that young people living away from parental surveillance tend to get into various troubles, in fact this is not necessarily so. Living away from parents can teach a youngster to sustain themselves, and help parents with their finances; it can be beneficial in terms of helping a young person develop an independent way of thinking and new values, and teaching him or her real responsibility. Besides, living alone (often conjoined with having to move to a different city) can be a kickstart for a career in a big city, or at least a way to escape participation in a boring family business. Therefore, young people should seek to start living separately from parents as soon as possible.