Should Cell Phones Be Banned in Schools? 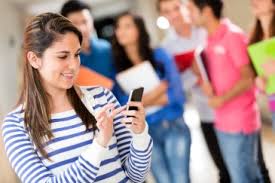 Today, almost any parent can use a cellphone to ask their children about their whereabouts, occupation, or health. At the same time, most parents can remember the days when cellphones did not exist, and children were factually left on their own for at least half of the day. I believe cellphones today pose a great distraction for students—especially higher-end smartphones that provide numerous opportunities for entertainment—and thus should be prohibited from use in schools; but at the same time, I stand for not prohibiting cellphones from students’ possession entirely, since they allow parents to monitor their children’s safety.

The first and foremost reason why cellphones should be prohibited from use in schools is that they pose a significant disruption in the educational process (School Security). The most obvious manifestation of such disruption is cheating during exams or other tests: access to the Internet, electronic books, and consulting with peers through mobile Skype right from the classroom. Phone rings, incoming message signals, and/or games interfere with the educational process by distracting teachers and students from classes. Even if the sound is turned off, a phone’s vibration still distracts students.

Another reason for prohibiting cellphones in classes is an increased temptation for students to communicate with friends instead of focusing on study material. Once again, the level of technology allows clever smartphone owners to regularly check their social network profiles and browse Internet content. Texting itself, while being an extremely popular way of mobile communication among youth, becomes even more tempting when a student is listening to a lecture but has their mind wandering (Wundermuller).

One of the strange phenomenons of using cellphones in schools is cyber bullying. Cellphone cameras are being used more and more often to record and spread inappropriate images, such as photographs of students in restrooms; images of the insides of students’ lockers; videos of real and staged fights between students, as well as the recordings of the humiliation of unpopular students, and so on (District Administration). In addition, there were cases when cheap prepaid “throwaway” phones were used by students for bomb threats.

At the same time, children are safer when their parents or any other guardian are in the reach of one phone call. Therefore, to my mind, school policies should allow the possession of cellphones, but their in-class use should be prohibited. Cellphones could be left in lockers, or required to remain turned off during the entirety of school class time.

Though cellphones are necessary for high school students in terms of their safety, they should still be prohibited from use during classes. This concept is founded on several reasons, such as disrupting the educational process and facilitating students’ cheating; distracting students by the possibility to access the Internet, social media, or communicate with friends; in addition, cellphones contribute to the spreading of the social phenomenon known as cyberbullying.