What President Barack Obama Got Wrong 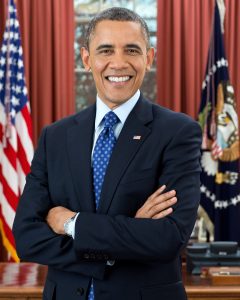 President Barack Obama left office with better than average polls. He is a charismatic leader that countless people adore. However, Obama has many critics as well: there are definite reasons for lambasting him. Many race-related riots and attacks happened during his presidency, his withdrawal from troops in Iraq and Afghanistan lead to a further disaster in the area, his promotion of the drone program was ethically unsound, and the economic progress he made during his eight years was historically low.

Though Obama was the first African-American U.S. president, and he was seen as a bridge between racial communities, the amount of race riots and race-related violence grew during his two terms. According to the Washington Examiner, “The legacy of Obama represented a time when race-related riots were on the rise. We can’t forget the scenes on television in Baltimore and Ferguson, or the violence that erupted after the deaths of Oscar Grant, Trayvon Martin, Manuel Diaz, and Kimini Gray. Images taken from each of these events resembled combat zones, with police in riot gear while angry citizens burned cars, smashed windows, and vandalized storefronts” (Vargas, Mark, and Evan Vucci). Some of the worst race-related ordeals happened during his presidency, though he ran on a campaign of hope and unity.

In addition, as one of Obama’s campaign promises, he wanted to settle the Iraq War and bring home American troops. However, many say that this plan was disastrous in terms of its long-term effects. According to the Washington Times, “A number of former and current military leaders who were in power when all U.S. troops left Iraq are saying today that the complete exit left the door open for the Islamic State’s land grab. The assessment comes from the Army chief of staff, a former Marine commandant, a former U.S. Central Command chief, a former defense secretary and, privately, from the officer now running the war in Iraq against the Islamic State, also known as ISIL and ISIS” (Scarborough, Rowan). Republicans and Democrats can fight all they want over Obama creating more mayhem in the region, but military experts claim a clear case of a blunder.

Another highly contentious act of Obama was his use of the drone program to implement attacks against terrorists. According to the Bureau of Investigative Journalism, “Obama embraced the US drone programme, overseeing more strikes in his first year than Bush carried out during his entire presidency. A total of 563 strikes, largely by drones, targeted Pakistan, Somalia and Yemen during Obama’s two terms, compared to 57 strikes under Bush. Between 384 and 807 civilians were killed in those countries, according to reports logged by the Bureau” (Purkiss, Jessica, and Jack Serle). The mass killings of children and noncombatants is an unforgivable error of Obama.

Though Obama inherited an economic crisis from Bush, he failed to make significant gains. As stated by USA Today, “Of course, Obama was starting from the nadir of the Great Recession, so economic and job growth should have been expected. And many economists suggest that the increased taxes, onerous regulations enacted in bills such as Dodd-Frank and the Affordable Care Act, as well as the perception that Obama was anti-business, slowed the economic recovery. In terms of economic output, this was the slowest economic recovery since World War II” (Tanner, Michael D.). It is difficult to break through a recession, but it seems Obama did not have the skills or was not positioned correctly to make the gains that were needed.

Obama is admired worldwide for his personality and demeanor—however, despite his effective policy making, Obama committed many blunders during his presidency. Race relations went out of control under his watch, his pullout of troops in Iraq spurred greater conflict, his drone program killed hundreds of innocent civilians, and he made the worst economic recovery since World War II. These factors, and more, have shown that Obama was not one of the greatest presidents of the U.S.—but a rather mediocre one.

Vargas, Mark, and Evan Vucci/AP. “The Legacy of Barack Obama (and It’s Not a Good One).” Washington Examiner, 16 Sept. 2018, www.washingtonexaminer.com/opinion/the-legacy-of-barack-obama-and-its-not-a-good-one.