Why Smoking Shisha is Harmful 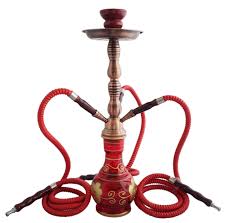 Although smoking tobacco is considered an anti-social and unhealthy habit almost worldwide, there are still countless smokers who continue believing there is nothing bad in inhaling smoke that contains nicotine and carcinogenic tars. Many of them, in order to mask their addiction to nicotine, or in an attempt to quit smoking cigarettes, switch to other forms of nicotine consumption—in particular, shisha smoking. They claim shisha to be less harmful for health, and more acceptable from the social point of view, because shisha smoke often has a fruit flavor, unlike cigarettes. However, there is strong evidence that smoking shisha is much more harmful for a smoker’s health than regular cigarettes or pipes.

According to numerous research studies, the smoke one inhales through a shisha pipe contains high levels of health-damaging substances. In particular, a shisha smoker inhales a cocktail of tar, carbon monoxide, carcinogens, some heavy metals, and other highly-toxic compounds. In this aspect, shisha is not too different from a cigarette; prolonged smoking of it leads to lung cancer, oral cancer, heart and vascular diseases, emphysema, and other typical illnesses all smokers develop sooner or later (Mayo Clinic).

What is more disturbing, however, is that a regular shisha smoker makes much deeper inhales, which automatically increases the amount of these substances in his or her body. To be precise, shisha is usually being smoked for about one hour and more, and during this period of time, a regular smoker does approximately 200 puffs; at the same time, smoking a cigarette takes about five minutes and 20 puffs; mathematically, the volume of harmful smoke inhaled by a shisha smoker during one session is around ten times larger. A shisha smoker inhales 90,000 milliliters of smoke during one session, compared to only 500 milliliters inhaled by a cigarette smoker. This allows to assume that one session of smoking shisha is about as harmful as smoking a pack of cigarettes (CDC).

Among the immediate health effects that a shisha smoker—especially an inexperienced one—may feel after one session are severe headaches, dizziness and nausea, the lack of coordination of movements, pain in the chest, and increased heartbeat and breath. There is also no guarantee that pipes are properly disinfected after previous smokers; although in many shisha bars, customers use special mouthpieces, it does not prevent saliva infiltrating into the pipe. Shisha can form a strong addiction—much stronger than cigarettes—due to increased doses of nicotine a smoker consumes. Besides, shisha smoke is not so bad-smelling and choke-inducing as the smoke of regular cigarettes (on the contrary, it is smooth and smells like mint or fruit), so it is easier to develop a habit of smoking shisha regularly.

All these facts prove the statement that shisha is in fact a more dangerous habit than regular tobacco smoking. It does not mean it is better to smoke cigarettes, but rather that one should not smoke at all. Shisha smoke contains a vast amount of carcinogens, heavy metals, carbon dioxide, and tar, and during one smoking session, a shisha smoker consumes huge amounts of smoke containing these poisons. Smoking shisha can lead to severe headaches, nausea, problems with heartbeat, and so on. Besides, no one can guarantee that shisha pipes are properly sanitized after the use of previous smokers. All this makes shisha a bad choice for those seeking to substitute regular cigarettes.