Should there Be a Division of Male and Female Sports? 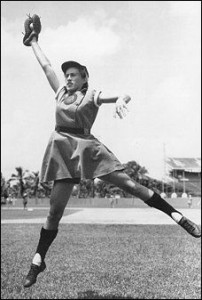 Involving oneself in sports is far more than just an engaging and healthy hobby. As research shows, an active participation in sports has a positive influence on a teenager’s social life, self-esteem, and even academic performance (Sitkowski, 2008). There is no doubt that sports are beneficial for boys and girls, women and men. However, it is perplexing that some 40 years ago, women and girls were close to being virtually deprived of the opportunity to play sports in universities, colleges, high schools and junior high schools. It was not until 1972, when Title IX of the 1972 Education Amendment Act was passed, that women received equal rights to participate in sports at all educational institutions.

What does this mean for us today? Does it mean that every woman has the right to play any type of sport? Well, not quite. But it certainly means that every person, notwithstanding their gender, has an equal opportunity to try out for any team, or play a sport that an institution offers. Should there be a distinction between sports for women and sports for men? There are significant objections to this idea, as personal preferences, individual physical abilities, and infrastructural facilities of the community in which one resides that should be at the center of reasoning in regard to which sport is chosen over another.

From a physiological perspective, both male and female players are equally able to play all sports. There are fewer and fewer Olympic Games sports that are still strictly men-only or women-only. Women can box or take part in car racing, just like men can do synchronized swimming or rhythmic gymnastics. If some kind of sport is more popular among female or male players, this does not imply that the other gender cannot perform in the sport. Furthermore, according to law, if there is no female baseball team in a high school, a girl can try out for the boys’ team, even though a boy cannot do the same for a girls’ team since boys are the over-represented sex in sports (Collor, Sports Genders in the US). The main point here is that trends and public opinion on different sports tend to change over time, and the general momentum is towards making all sports equally available to both sexes, since there are no objective reasons to consider any sport to be gender-specific.

Supporting a social stereotype that boys, in comparison to girls, are more interested in sports is simply propagating an absolute myth. There is not one single research study that validates this idea (Regal, Lack of Research Claims in Gender Sports). The fact is that girls are just as interested in sports as boys are at an early age, on the whole. But because of social influences, traditional values, and peer pressure, girls eventually become more sedentary in their activities and games. As a result, in time, girls become accustomed to more calm pastimes and are less willing to play active sports. Other factors that greatly influence a girl’s choice of leisure are upbringing and their parents’ example, as well as the opportunities present in the local community. As a rule, the more developed a community is, both economically and socially, the less difference is seen statistically in gender division in sports.

At the same time, it would be wrong to argue that female and male motivation for sports, and their physical abilities, is absolutely the same. There is a reason why female and male championships, tournaments, and sports associations are run separately. A female tennis player would have a small chance of beating a male tennis player of the same rank, simply because men can generally hit the ball with more force than women can. It has nothing to do with training and effort—it is purely the nature of our bodies, and ignoring it would be a terrible mistake (Hiden, Gender Debates). Another side of the coin is motivation. As research has shown, females, in general, are more naturally motivated by self-improvement and goals related to team success, while men are more attracted to the idea of winning a challenge, or a competition more than anything else. Once again, not more than general statistical facts and aspects that may differ on a personal level. But these are points that need to be acknowledged when talking about the differences in male and female athletics and the way girls and boys should be coached.

Engaging in sports is an important benefit that no human being should be deprived of in a modern society, whether based on racial, age, or gender characteristics of the person. Sports allow youth to believe in themselves, widen their circle of friends and acquaintances, as well as introduce them to an activity they might be willing to later make their profession or lifetime hobby. Discriminating against boys or girls accessing the wide variety of sporting activities would be completely unjust. The only objective reasons to choose one sport over another are personal preferences, individual physical abilities, and infrastructural facilities of the community in which one resides.

Collor, Richard. (2007) Sports Genders in the US. Lenguin Press.