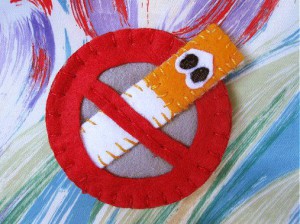 Along with such significant social problems, such as alcoholism, STDs, and racism, smoking cigarettes remains in the number of the most significant ones. Public attention to the problem of smoking cigarettes remains significant; in addition, smoking has undergone radical controlling measures, such as bans from numerous healthcare and governmental organizations. However, despite the seeming rationality standing behind these measures, smoking bans are in fact much less fair than it is usually considered.

To start with, a smoking ban is a manifestation of social injustice in its pure form. Even though smoking has become less popular in the recent decade, there still lives a large amount of smokers of all ages whose rights are infringed upon by such measures. In fact, we are talking about segregation based on a lifestyle criteria (UnhealthyNationFS). Smoking is harmful and unpleasant for those who do not smoke, but aggressively denying people the rights to their habits is unacceptable due to several reasons.

Smoking remains a legal activity, and tobacco is a legal substance. Unlike alcohol, smoking tobacco does not make people behave inadequately, and does not pose immediate danger to the health of a smoker or people around them—unlike a drunk person who can act aggressively or insulting towards others. However, smokers often have to leave an establishment when they spend time to smoke a cigarette (regardless of the weather conditions, by the way), whereas drunk people are allowed to stay inside. Besides, rather often, establishments today have no separate rooms for smokers and non-smokers, so smokers often have to either accept the rules, or leave. It is strange democratic societies do not compromise in these circumstances (UnhealthyNationFS).

Moreover, smokers today have no right to smoke in a number of other public places, such as beaches, public transport stops, or parks. In fact, smokers have to deal with zero tolerance and direct tyranny of the non-smoking majority. This is undemocratic; for instance, in the United Kingdom, where a total ban has been enabled, about 68% of people opposed to such a legislative measure, as the British Office for National Statistics reported (Spiked). However, despite such opposition, the total ban was imposed anyways, since the influence of lobbying groups who were against smoking was strong. Similar situations can often be observed in the United States.

Even though smoking remains a dangerous and harmful habit, smokers are the same people as non-smokers, and have the same rights. However, since smoking bans started to be imposed, it seems smokers face the equivalent of segregation based on lifestyle criteria. Smoking remains a legal occupation, and tobacco is a legal substance that does not cause an individual to act violently or insulting—unlike the consumption of alcohol. However, smokers face rights infringement more often than those who abuse alcohol. In addition, smoking bans are sometimes imposed in an anti-democratic way, as it has happened in Great Britain, where a total ban had been imposed regardless of significant opposition. If lobbyists can enforce total bans despite popular opinion, what else can be banned simply because wealthy individuals yearn for their interests to be enacted?