An Introspection on Racism

However, I did notice that many people did not come to the wedding because of the interracial aspect of it. The interesting thing is that it was mostly African Americans who chose not to show up due to my stepfather marrying a white woman. Racism is comprehensive, as it shows up in every community.

I also noticed how being a part of an African American family changed my view of the way American society portrays people of color in the media and how they are treated by the police. I became more sensitive to the reality that minorities have to live within daily. Feeling this sensitivity, I believe, is essential to dispelling racism and for making sure it does not crop up. Without having this understanding, racism can form due to misconceptions.

Racism, in my view, is firstly a misconception or the acceptance of false information. Most people become racist from a family environment where racism is nurtured. By nurtured I mean that certain people are continuously spoken ill of, and false information is given about this group people on a regular basis. As a child, we often accept whatever comes our way in terms of information. Even if our father told us the moon came from God’s pinkie toe, we would believe it, as we consider adults to be competent people. Therefore, we absorb racism like it was anything else. I remember my little sister, who is an African American, was told by a young boy down the street that he did not want to play with her because of the color of her skin. Did this boy come up with this thought on his own? Highly unlikely. The probable explanation is that this boy heard his parents say awful things about African Americans, and this statement built a complex of racism within him. 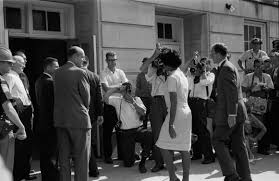 However, if that boy was more open to friendship with African Americans, he would soon see that were no problems to be had. The idea that African Americans are innately violent, unintelligent, poor, and whatever else is simply not true and based off of mass hysteria. The media, namely news channels and films, make African Americans out to be aggressive and less-than-Caucasians. I wonder if people did not see these representations in the media, what would their ideas of African Americans be like? I think their minds would not be full of such rubbish, and they would perceive African Americans as just people, without any nuance of bias. Racism, basically, is a mental problem, or a disease of the mind. It is adding a layer of misconceptions onto the blank canvas of reality.

To flush away this layer, it is enough to become friends with a person within the group of people you are racist towards. By and large, racism exists because certain groups of individuals have not interacted on a deep level with a specific community. The fear of the unknown is powerful, and it can easily manifest as racism. My uncle was a racist, and it was because he never made friends with an African American person. He believed that they were ruining sports and neighborhoods, but never interacted with one on a personal level. After my mother got married to my stepfather, he warmed up to him eventually after years of family reunions and visits. My uncle is still a bit racist, but not to the extent he was before. So, getting to know my stepfather was almost a remedy for his lifetime of racism. If he met even more African Americans and enjoyed their presence, he would probably get over his racism entirely.

Racism has been around since the dawn of time, supposedly. However, if someone is racist, he or she can get over this mental problem within a day if he or she knows someone on a personal level from the community that he or she is racist towards.