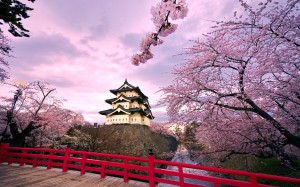 There is no place like home, as they say. As a person who has never lived anywhere besides their home country, I cannot either support or deny this claim. Also, due to this reason, I can sometimes imagine myself living in different countries. Among varying corners of the world I would like to spend at least a couple of years, I think most of all I would like to live in Japan, which is not surprising, considering my deep and long-lasting interest in this country.

The most obvious reason for such craving is my love of the Japanese language and Japanese culture, which comes from my early childhood; I still have notepads filled with fake “Chinese-looking” characters that I wrote in my early childhood. I remember Chinese fairy tales that my Asian friends told me when we were children, and Japanese legends and pictures (now I know it was ukiyo-e) in encyclopedias. This interest has not faded; when I grew up, I studied the Japanese language, I delved into its culture, history, and incredible etiquette. I appreciate the Japanese language for its phonetics, for the variety of artistic techniques, which are not far-fetched but inherent and natural. I like Japanese traditional culture for its simple minimalistic elegance, and for its unique feature of making art almost from anything. Hence, I would appreciate a possibility to live in this country for at least a year to witness it from the inside.

Another significant reason (at least for me) is safety. Known as a country with one of the lowest number of policemen in the world, Japan is a surprisingly safe country; people tell stories that children there can freely roam dark downtown municipal parks at night without any threat to their safety (of course, if children would want to stride among dark trees at night). I cannot say this about my hometown, where it is sometimes dangerous to walk in the center, not to mention suburbs and downtown.

The next reason can seem naive, but I would like to see those wonderful skyscrapers combined with super-narrow, crooked streets shining with neon with my own eyes. This is not the main reason, but if you ask me about my associations with Tokyo, the description above is my answer. Ginza, Shibuya, Roppongi–I believe these names are familiar to every tourist who has visited Japan. I would like to experience life in one of the most overpopulated, futuristic megalopolises in the world, where technological wonders (like vending machines selling almost everything) go hand in hand with customs and traditions that count thousands of years. More precisely, I like how Japanese people take the best from other cultures and adapt it to their mentality and reality.

Along with this, I am aware of the shortcomings. Japan consists of Japanese people at about 98%, and the other two percent is divided between other Asian nations, and a tiny amount of Caucasian people; hence, it is impossible to become one of the lads for the Japanese. Even if you make close friends with some of them, you will still remain “that foreign guy” with all their respective conclusions about your personality. Japan is expensive, sometimes eccentric, and possesses its own unique complicated mentality, which is difficult to understand even if you spend 20 years living there. And still, I would like to live there for some time.

Considering my deep interest in Japanese culture, history, and language, it is obvious why I would like to live in this country. The opportunity to witness all that I have read about and to apply my language and etiquette skills in practice is my main reason to move there. Safety and comfort of living, as well as a strange mix of futurism and tradition also make up my mind, even though I am aware of the shortcomings of living in Japan.