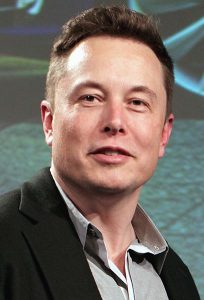 Recently, there has been a lot of speculation regarding artificial intelligence (AI). Artificial neural networks currently being developed by several big companies including Google, and most likely destined to serve as a basis for sentient AI, have caused debates among scientists, activists, philosophers, and the common public about the future of humanity. This is not an overrated problem; it may be difficult to believe that AI will wipe out human beings from the planet (although some experts predict such a scenario), but it is also impossible to deny that when AI projects succeed, humanity as we know it today will quickly become obsolete.

Why? Well, a machine that is never mistaken, never needs rest, can perform hundreds of operations simultaneously, and is always able to learn—doing it with tremendous speed—can indeed become a threat to people. This is already happening, even though the scales of the problem are not threatening yet. Automatization—the process of substituting people performing certain jobs with machines—is the first step to a future where people are not needed. Someone could say that automatization is bliss, since it gives people more free time which can be dedicated to studying, doing art, self-improvement, and so on. But who knows how far automatization can go?

Even now there are machines that can write novels (Digital Trends) or participate in design contests—and this is not to mention robotic drivers or factory workers. Any AI will by default be able to learn much quicker than a living person, so no matter how much effort one puts in their own education, he or she will still be inferior to a machine in terms of intelligence. Who knows what will happen next? What will people be doing when all the jobs are taken by robots? Universal basic income, as an alternative to the conventional “work = money” may be an answer, but how will people be able to compete with machines intellectually?

Elon Musk, one of the brightest entrepreneurs of the 21st century, suggests that if we cannot compete with machines using the capacities given to us by nature, we should bypass biological limitations. How? During the World Government Summit in Dubai, where Musk gave a speech at the conference, said: “Over time, I think we will probably see a closer merger of biological intelligence and digital intelligence […] It’s mostly about the bandwidth, the speed of the connection between your brain and the digital version of yourself, particularly output” (CNBC).

Does it mean that Elon Musk suggests we merge with machines? Probably, yes. Musk’s latest initiative, so far existing in its embryonic condition and called Neuralink, is a brain-computer interface designed to be implanted into human brains and thus help people to keep on par with AI (The Verge). So far, such implants exist only in cyberpunk science fiction, although implanting devices into brains is not something new; for example, in medicine, doctors use special electrodes to improve brain functioning in patients suffering from epilepsy, Parkinson’s disease, and other neurological problems. Musk, however, is talking about something much different: implants that will affect cognitive, memory, perception, and intellectual capabilities, allowing people direct access to the Web, computers, virtual reality, and other digital technologies. He argues this is inevitable, because “If you assume any rate of advancement in artificial intelligence, we will be left behind by a lot” (TNW).

As exciting as it may sound, such an initiative raises serious questions, none of which can be properly answered now. Safety concerns come first: how will a Neuralink user be sure that his or her mind is not monitored by its manufacturer? What will the protection against hackers look like (and with such implants, mind hacking can become a real threat? Will Google or other companies invade people’s most personal space—their thoughts—with annoying contextual advertising? How will a person be able to isolate himself or herself from the omnipresent society, to think about something private without the fear that the content of their mind is not live-streamed somewhere on Twitch? This is an issue that must be addressed in the coming future if we are to advance securely.

Cyberpunk novels, movies, and animations often focus on the topics of merging machines with humans. William Gibson’s and Philip K. Dick’s novels, “Ghost in the Shell” and “Psycho-Pass” animations—all of them, as well as many others—focus on the lack of privacy, humaneness, security, and intimacy caused by the merging of biology and technology. For many years, it has remained a thrilling fiction; Elon Musk’s initiative, however, can make it all real; it promises great power to human beings—but also great responsibility, as well as great threats that need to be neutralized.