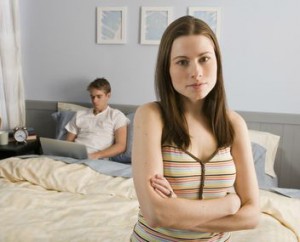 The Internet nowadays plays a significant role in people’s careers, relationships, and other spheres of life. Since it started to gain popularity in the early 1990s, it has turned into a global network, connecting any individual who can afford having a computer to the rest of the world.

Gradually, services allowing to make new friends and to stay in touch with already acquired friends started to appear, and today billions of people use various social networks, of which the largest is Facebook. These social networks still remain a debated phenomenon, as well as the consequences they lead to and the way they have changed societies. And perhaps, one of the strangest (at least to me) phenomenons connected to them is Facebook friendship.

A Facebook friendship is adding a person to your list of friends. In my opinion, this is a reasonable thing to do with people whom you care about, or whom you maintain a relationship with. Real-life friends, parents, your beloved(s), colleagues with whom you hang out with after work, people whom you have made friends with while travelling, and so on, should definitely be present in any Facebook friend list.

But in actuality, people add unfamiliar people whom they have never met or known. Even if they have never exchanged words, they still keep each other in their friend lists. Or another example is when colleagues who work in the same office add each other, but do not communicate with each other in Facebook or even in the office. Or when random people who have (under some circumstances) communicated for a couple of minutes, then add each other to their friend lists. Sometimes people even add other users to their friend lists for a show of quantity—perhaps, it is meant to show how sociable they are. These, as well as many other similar cases, I do not understand, and this is one of the reasons why I have quit using social networks about a year ago.

Friend lists can be a source of various disturbances. For example, people sometimes are afraid to delete such random “friends” from their lists, because of expecting some kind of problems connected to this act—having to deal with somebody’s emotions, for example, or having to explain their reasons. Rather often, deleting people from Facebook friends is supposed to demonstrate the rate of frustration or anger caused to a user by the deleted people. At the same time, real life communication often continues as if nothing special happened; relationships are sorted out in a “quiet” online manner.

In my opinion, social networks, and what is connected to maintaining relationships between people in virtual reality, negatively affects the real-life experience of communication and socialization. Based on my observations, I believe active social media users sometimes have issues with expressing themselves in real-life, preferring to do it in a “safer” online environment. I think this is the matter of significant importance that somehow needs to be dealt with.