Have You Lost Faith in Politicians? 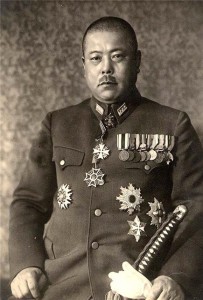 I remember the time, a little over three decades ago, when I crawled on the ground to hide from stray bullets showering in all directions. Guns went off and they shook my morning consciousness to fear. It was dawn then. The tremor brought about by the morning buzz of fury made me realize what happened to the Philippine government. In 1986, there was Martial Law. There was war. There was fear. And there was the end.

Dead bodies were lying on the ground everywhere, providing no space for the soil to breathe. Patrol cars came rushing and war tanks circled alleys, roads, and villages. Along the streets were scattered newspapers that relayed the morning business of broadcasting dead politicians. Each house I passed by was empty. The dwellers were gone—maybe last night or some time ago. Dogs and cats and chickens kept buzzing in their wake-up call, but there were no people. They evacuated out of fear that derived from the killing and retaliation. Who made this? My answer was the politicians.

I had a lot of questions that came to mind. I began to ask what the politicians did to make the country peaceful. Not only that, why were they not focusing on health, environmental, employment, and business issues. However, they did not have their attention on helping the country and its people. What they did was murder one another for power, for position, and for gold (Howards 347). They fought and defended themselves for personal gain, and they used this power to rule over the masses (Howards 14). They terrorized civilians and enslaved them with fear if people did not follow them. Further, they made them puppets to wait for their instructions and to beg for their grace. Soon, they would enjoy the power they achieved.

I do not need liars. I do not need people who crave for power and who think only about themselves. I do not want to expect kept promises from these tyrants, as they think of selfish exchanges only. Since I was blind to this fact for many years, I did not notice the adverse progress of the country. I was being fooled by their sweet promises and lies. I can never forget that I fought for a politician and in the end I was left behind.

During the current election, I have to weigh my beliefs to choose the candidate who can change the system. I am not sure if one exists. I do not know if a politician can boldly assert they will save our countrymen for good in the Philippines and make it a reality.