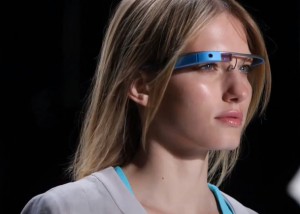 I often say that living in the 21st century is wonderful. If you remember all the science-fiction movies you have watched, you will agree with me that the future, as it was depicted in them, has already begun. Touch-screen technologies, voice commanding, artificial intelligence (well, let us count Siri as an AI), space flights, DARPA’s laser cannons, Internet wonders, holographic keyboards, and so on. But, is it all truly beneficial for humankind?

Recently, I watched a short film called Sight dedicated to advanced computer technologies, and the impact they will have on daily lives. According to the plot, in the near future, the majority of people will be constantly wearing special eye lenses, which will perform all the actions that modern computers and smartphones currently do. Actually, “Sight” will do everything (and even more) modern Google Glass can do.

In the film, the main character does everything with the help of his eye-computer. Cooking, choosing an outfit to walk outside, watching TV programs, and even dating. The eye-mounted computer shows the guy what the girl in front of him would want to hear, how he should behave, and so on. In her turn, at first she thinks it is going to be just another boring date, and posts a status about it to her social media profile—in a blink of an eye, without him even noticing it. The movie ends unexpectedly: they are in the guy’s apartment, where the girl sees a digital wall with the guy’s “achievements” in a dating application. She wants to leave, but he hacks her eye-computer (he is a developer in the “Sight” corporation), and forces her to stay.

I am not a proponent of conspiracy theories, so I will not write about security threats and mind control. I am much more interested in the psychology of active exploitation of advanced technologies. Many of them are supposed to simplify our daily lives. Fridges with Internet access are supposed to simplify the process of purchasing food. Smartphone applications allow you to calculate, count, note, and manage. All kinds of coffee-machines, automatic vacuum-cleaners, and other appliances are supposed to save you time.

But what for? Do people make real use of this free time? In the best case scenario, they use it for work. But usually, this time is spent on entertainment. I like to relax and have fun myself, but to me it is extreme sports, tourism, photography, or hanging out with friends. When I have a free minute, I read a book or draw something. It is self-development, to some extent, and I really believe this is what humans live for: to become better each day. But, if you look at the general population of modern people (especially those who are younger), they seem to be spending much of their time with their gadgets: smartphones, tablets, endless Facebook updates, Angry Birds, or doing selfies. Even when they gather in groups (I cannot call it meeting with friends) they spend most of the time in their digital world. Today, my friend told me how one woman at a birthday party got stuck looking at her iPad, “doing something important.” I wonder: is there a point in inviting such people to public gatherings?

I think people get used to relying on their gadgets. What could be easily done without computers about 10 years ago (like taking notes, making appointments, and even shopping) now looks almost impossible without a myriad reminders, specialized applications, and digital assistants. If these gadgets are so useful, how did humankind manage to survive, evolve, and even produce sophisticated cultures and technologies without them? Did Einstein use an iPhone to calculate his famous equation (by the way, who can tell which equation it was without using Wikipedia)?

We tend to overestimate technologies. They are things, whose purpose is to assist. Instead, people have let them become a substitute for communication (social media), productivity and self-organization (managers, planners, reminders, and so on), entertainment (games), and status (iPhone 5 users will most likely feel inferior compared to iPhone 6 Plus owners).

The short film I was talking about in the beginning stunned me not because of its ending. I was shocked that, in fact, it can actually happen; when digital assistants will tell you what to wear and where to go; when guys will be seducing women based on hints provided by their dating apps; when van Gogh paintings will become digital copies, seen only in augmented reality. With such a trend, corporations do not have to bother about inventing methods of mass mind control. And this is disturbing.