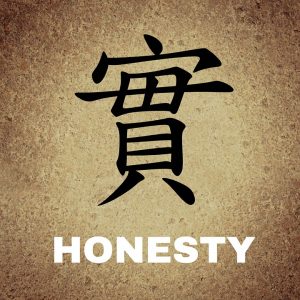 Honesty is a principle that countless people value. In friendships, marriages, work relationships, and more, honesty is regarded as a prime ethical rule. However, there is often a grey area where it can be hardly seen as proper or helpful. In my own personal life, I have been through many instances where lying was the best action in the face of danger. In light of this, I would like to discuss when being honest is fair, and when it is not.

I would admit to the rarity of the times when being honest is destructive. However, these moments are often our most challenging and harrowing. It is difficult to traverse through the grey areas of reason and logic. But let us take an extreme example: if Nazi soldiers during World War II came to your door and you were harboring a Jewish person and the soldiers asked if there were any Jewish people at home, what would you say? Telling the truth would get the person you are harboring killed. I think the majority of people would agree that lying in this instance is the most reasonable and honorable. From this example, we can determine that if being dishonest saves lives, it is reasonable to do so.

But this is more of an extreme case. Sometimes we tell lies to not hurt others’ feelings—even if it is just temporarily. There are times when we know that if we say a certain word or phrase to someone, he or she will get upset or triggered emotionally. We either hold back from speaking these words due to self-preservation or for the care of the individual in question—and sometimes both. But what we often do not consider is that temporarily holding back our words commonly has long-term repercussions. So, though we did not make a person feel bad today, the information sometimes leaks out in a different way, and the individual might feel even worse than if you told him or her straight way about a particular issue. There is also a sense of betrayal in these instances. So, making sure you do not hurt others’ feelings with your words of honesty can be a short-term solution with long-term consequences.

In addition, there are many times when you cannot properly determine the reaction of the person you will the tell the truth to. In life, the unexpected is to be expected. One day, a person might react strongly to your words of criticism, and on another day, the same person will agree with you and proclaim to want to change for the better. This makes it is even more difficult to determine when it is beneficial to tell the truth or to hide it.

For example, in my marriage, it seems sometimes telling the truth works to change a chaotic situation into a better one—though it often takes an emotional toll. However, there are times when I tell the truth, and it makes my relationship with my wife regress. There is also the way we state the truth. You can soften the truth, or phrase it in a certain way as to deal the least harm. This type of diplomatic language is advantageous in a marriage, and in other intimate relationships. Often, it is the way we say something rather than what is said. Despite this, some people will make implications from diplomatic speech, and we are back where we started.

Being honest is a great trait, but we have to be aware of the right times to tell the truth and when not to tell it. We have to weigh how constructive or destructive our statements are in the short term and long term. We also have to consider the individual who is receiving our message, and how to best state the truth as to deal the least pain. This is what I have learned from experience, and I hope it has been of use to you to hear.