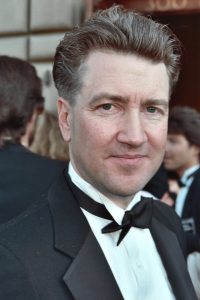 In my opinion, there are not so many directors in the United States who would be bold enough to not fit into mainstream requirements. I do not intend to say that there are no good movies made in America. On the contrary, there are many. I mean, however, that not any movie can afford itself being complex and difficult to comprehend. Not that complexity is a sign of quality, but let us be honest: the majority of movies filmed nowadays are straight and flat as a table top. If you are a sophisticated viewer, you can almost always predict the way in which a plot is going to develop, or what reasons drive the main characters, or how the movie is going to end. Of course, there are exceptions, and I am not talking about TV shows–the very essence of which implies plot twists, non-standard narrative, unique and charismatic characters, etc.–but the overall tendency is that movies filmed in the United States of the 21st century are mostly predictable and boring. To me, at least.

There is, however, a director whom I deeply respect for his ability to go beyond cliches and commonplace norms. I believe this person is one of the gems of contemporary western cinematography, and a true artist. I am talking about David Lynch.

Lynch was a director of one of the first science-fiction movies I saw in my life. I was never a fan of Star Wars, Star Trek, and other similar franchises popular among teens and adults. Instead, I was a bookworm, and spent my whole childhood and adolescence reading novels. I would even say that until I was 14, I barely watched any movies at all (well, maybe some). And, so it happened that one day I came across Frank Herbert’s “Dune.” I fell in love with the world of Arrakis, and read through the whole series in no time. I craved for more, and this was the moment when I learned there was a same-name movie made after the novel. Naturally, I watched it–this is how I got myself acquainted with Lynch’s works.

Although the movie did not follow the book precisely, I did not care. I loved the grotesque atmosphere created by the director. In my imagination, the world of Dune was just like that: somewhat irrational, sometimes incomprehensible, and resembling a weird dream. There were scenes I could not understand back then, but it only made the movie more enigmatic in my eyes. Rather soon, I became the fan of Lynch’s movies.

Then came the whole epoch of “Twin Peaks.” I believe there are two categories of people: those who loved Twin Peaks, and those who did not watch it. I belong to the former. In my opinion, this TV show created by David Lynch and Michael Frost is an absolute must-watch. From the very first episode, I absolutely loved how perplexed and intertwined all the storylines were. I loved how Laura Palmer turned out to be a person with a false bottom, and the way Lynch and Frost explained how she came to be this way. I liked how there were almost no innocents in the world of Twin Peaks and every character had their own dark secrets. I liked the abundance of mystical symbols and references Lynch inserted every now and then: owls, traffic lights, numbers, tree branches, and so on. After Laura’s case was solved, things only started getting even more complicated. And although the narration felt somewhat stalled and some storylines felt out of place or just awkward, the show’s finale was amazing.

I watched the third season of “Twin Peaks” filmed in 2017 with a strange mix of awe and distrust. I hoped it would fill in the blank spots left in the show’s plot 25 years ago–and it did, to some extent–but I only got more questions. As always, I loved the mysterious dreamlike atmosphere, weird symbols, and aesthetically beautiful imagery, but the whole season felt like it was not exactly the “Twin Peaks” I expected. I still liked it, but sometimes I get the feeling that it would be better for the show to have had ended when Laura’s Palmer case was solved in the middle of the second season.

Not mentioning “Mulholland Drive” would also be impossible when writing about David Lynch. Initially created as a pilot episode for a planned TV show, the movie tells a story of Betty–an actress coming to Los Angeles in pursuit of her career. There she meets an amnesiac woman living in Betty’s aunt’s apartment, and makes friends with her. What happens next is a very Lynch-ish mix of reality, absurdity, comedy, and enigma. Some episodes seemingly unrelated to the story later interconnect in unexpected ways, contributing to the movie’s overall atmosphere of thrill and uncertainty. This, as well as the fact that “Mulholland Drive” was supposed to be a series and thus contains lots of places open to interpretation, make this movie one of the most peculiar and intriguing films of the recent decade.

A lot can be said about other movies David Lynch filmed: “Lost Highway,” “Eraserhead” (this one would require a whole separate review), “Blue Velvet,” “Inland Empire,” and so on. I cannot say I enjoyed all of them: some I could not understand, some–such as “Eraserhead”–were too dark for me. But what I always liked about Lynch is his surrealistic manner, distinctive style, a perfect sense of the thin border between hallucinations and reality, and masterful maintained logic of dreams. In my opinion, David Lynch is currently one of the best directors in the West, and every connoisseur of cinematography should watch at least some of his movies.