The Positive Influence of Martial Arts

Modern civilization has, in many ways, made human beings weaker than intended by nature. Everyday life has become increasingly convenient, and many dangers are now absent—people have less need to be brave in the face of external adversity. Modern humans has become less mobile and even slack. The current human population seems to be in a constant shift towards a lack of activity that would keep them fit and able to stand up for themselves in the circumstance of a mortal threat. 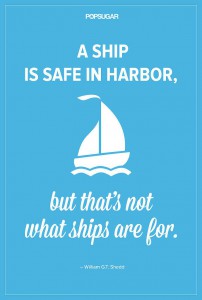 I remember one case, from my earlier school days, which had an impact on my development later. Two 16-year-old bullies tried to steal money from a boy about 12 years old. They talked to him in a rude manner, but he stayed calm and did not respond to their insults. Finally, one of the bullies made an attempt to grab the victim’s jacket and hit him, but suddenly, the boy performed a couple of instantaneous moves, and the two bigger guys fell to the floor in tears. That was the first time I witnessed martial arts in action. Later, I made friends with that boy, and it was because of his enthusiasm about martial arts that I went into it myself. Now I am sure that this is one of the most beneficial activities for a modern individual.

There are a vast number of martial art forms. We use this term basically when talking about eastern self-defense and fighting practices, which are umpteen, but actually, almost every country in the world has its own specific combat style (Porter 457). Offhand, one can name wushu (often mistakenly called kung fu), capoeira, muay thai, kurash, jiu jitsu, karate, iaido, boxing, judo, Greco-Roman wrestling, ninjutsu, kick-boxing, and many others. Some of them are more or less popular, but due to the processes of globalization, one can study almost any martial art form; so it is not a surprise to see an African-American studying baguazhang, or a Japanese boy going into boxing. Still, despite the wide variety of combat practices, they all, to my mind, affect one’s personality in several major ways.

The most obvious benefit of practicing martial arts, whether it is wushu, karate, aikido, or anything else, is physical development. A prepared body is an important condition to succeed in this sphere. For instance, taekwondo requires an individual to have strong and well-stretched legs to perform all the staggering techniques of this art. Or, even a brighter example, wushu xingyiquan, where the fingertips are used as a weapon. Imagine the incredible hidden possibilities of a human body, if even such a seemingly weak part of it as fingers can perform dangerous blows. Besides, physical exercises are extremely useful if one spends most of the day in the office, sitting in front of a computer with a bent back and strained eyes (Porter 354). Two or three evenings a week spent in a dojo will have a significant and positive health effect.

The other, and perhaps even more important side entering into martial arts is a hardening of one’s spirit. Complaints about difficulties and pain are a rather common happening in training rooms. Many people quit training after their first hit in the face, or even earlier, when they get to know that martial arts is not just about waving hands elegantly, but also about hard work and perseverance. It is much easier to surrender and find some suitable excuse than to go on, but success cannot be achieved instantly. Many lesser victories add up to a bigger one, and so on; and one day you notice you can do movements that seemed impossible in the beginning. Therefore, martial arts foster patience and a sense of purpose, developing a skill to overcome difficulties (Recli 65). These skills can then be applied in many situations, and I think this is one of the reasons why eastern practices are often closely related to philosophy.

Perhaps the most common reason why people go into martial arts is a desire to gain self-confidence. They want to be able to defend themselves, just as in the aforementioned example with the 12-year-old boy, or which is observed even more often, to protect their loved ones. Physical strength itself can be helpful, but it can do nothing without spirit (Recli 422). And even if one possesses both strength and spirit, they could receive greater benefits if they master certain skills. Unfortunately, many people guided by their inferiority complex, old grievances, or other traumas see martial arts as a way to assert themselves on account of the weak. These people often carry some kind of burden within them, and instead of working to solve their problems, they choose the path of an illusory power, which gives them a sense of their own value. This way of thinking leads nowhere, as it often results in a strong and skillful fighter with the same weak soul as in the beginning, which is not beneficial to anyone.

As for me, I experienced these effects for myself. Though I am not an expert, I am sure the aforementioned arguments relate to almost any martial art form in the world. To my mind, one cannot master a discipline if one does not invoke certain changes in oneself; one has to transform, or quit. But those who reinvent themselves reap the fruits of their hard work.