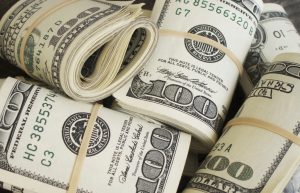 Money has been called many things. It has been said to be the root of all evil. I took a comparative religions class in college, and I was told it was a religion. It also has been explained to me that money runs the world. I would like to reflect on these sentiments, as I think they have many logical holes and myths attached to them.

Money is flashy. It draws us in with its pretty images and how the media portrays it as something wonderful. But, I cannot contend that money is the root of evil. Rather, I would state that greed is the foundation of wrongdoing. Greed is a sense that the ego always wants more, and more for itself. It also implies that it does not care for the suffering or plight of others, even if acquiring possessions or cash harms others. So, it is rather people’s egos that are the basis of evil. Money is only a slip of paper, or a metal coin us humans have fashioned to symbolize currency. Money is harmless on its own. Without its context and use, it would be nothing more than meaningless material. In other words, by giving it meaning and striving to grab more of it based on this significance without regard to other people, we incur evil. I have been known to be a frugal person who is generous at times. I have also been known by most of my friends as non-materialistic. Therefore, it can be said that I have not done any ill deed based on money, despite it being claimed as being “the root of evil.”

Another ludicrous statement is that money is a religion. Oxford Dictionaries describes religion as, “The belief in and worship of a superhuman controlling power, especially a personal God or gods.” It would be difficult to say money is a “a superhuman controlling power.” If we somehow give this power to money, it is because someone is delusional or irrational. There may be people who worship money, but I do not think they would call it a religion. Personally, I do not feel any draw to worship money—especially as something otherworldly. I think the only time I have ever heard money being treated as a religion is when someone is using slang, like “Dude, money is your religion. You can’t stop chasing after that green!”

Now, the idea that money runs the world is entirely plausible—I just do not think it is true. With conglomerates ruling the markets, moguls making more and more each year, gentrification, and the shrinking of the middle class, it is easy to say that money is the main force on our planet. However, I think the key word is “connection.” I think what reigns supreme are the connections between us all. These relationships are not only digital—such as those on social media and the Internet in general—but also our symbiosis on a physical level. We somehow work together to live on one planet without all killing each other. That is a feat in itself. Most animals run on instinct, but we are a different type of animal. We have a developed consciousness that allows us to make our own choices. And with this freedom, it is surprising how much we cherish sustaining each other, whether directly or indirectly, through our work, volunteering, and menial tasks. We also find time to love, express compassion, and build understanding—which most animals do not dive into. Sure, money powers our economies and often our living standards, but it does not control how we are essentially. In my own life, money has hardly had an important place. I have lived mostly for companionship, creativity, and spiritual growth. To me, money is more of a tool and a means to live normally. It does not define who I am, and the world around me, in my opinion.

Money is said to be many things by countless people. However, in my experience, money is not the root of evil, is not a religion, and does not run the world. Rather, greed causes people to do ill deeds, money is a tool, and what reigns supreme on our planet is our connections between each other. This is only my reflection, so I would not put money down on the truth of these statements.