The Underestimated Importance of Reading 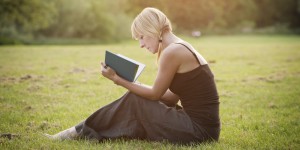 For thousands of years, reading has been considered a worthy activity and books were and still are highly valued. Books are conduits of individual or collective ideas. This is the reason why, thousands of years ago, some books were praised while others were subject to being burned—often together with their authors. However, nowadays in an ever-accelerating pace of life, people experience a lack of time for such an intellectual activity as reading books—though it is still valued, even if unconsciously. The general populous are content with the raw, cursory stories provided by the television and other mass media (Hobbes 45). In its turn, reading books has been an activity that contributes to personality development and is difficult to overestimate.

I remember one conversation with an acquaintance of mine. This conversation convinced me of the importance of reading, especially for modern youth. As we spoke, he only retold the content of popular TV shows, but he could not keep the conversation on other topics that I tried to start. Suddenly, it turned out he was completely unfamiliar with the works of even the most famous authors in world literature. When I expressed my astonishment about this fact, he answered that he never read books. He said it was a boring and an obsolete occupation. He seemed to be sincerely surprised why someone would want to read a book when there were other ways to receive information such as from the Internet or television.

This case is extreme, but to my mind, it is not too rare among modern youth. When perceiving information that is already processed and digested, one cannot develop crucial traits that reading induces, such as critical thinking, erudition, and imagination (Hobbes 365). Critical thinking is perhaps the most essential faculty of the mind, since it implies the ability to decide what to believe and what to ignore. This skill is especially useful in the modern world where a surplus of information exists. Without critical thinking, a person is more likely to take what they are exposed to for granted. When reading, people start interpersonal communication, constantly analyzing and reflecting on the material, applying it to themselves, and finally forming an opinion towards the comprehended data. At the same time, media often transmits information in a predetermined way, thus impeding individuals from interpreting it (Zaks 126).

Erudition is another key trait a person can develop with the help of reading books. Erudition means extensive knowledge. It is one of the major factors that make people interesting. Erudition helps to establish communication, since an erudite person can keep a conversation on a wide range of topics. Being a polymath also means knowing how to act in unusual situations, or at least implies general familiarity with them. For example, a person fond of reading adventure novels may put on a bold face if lost in the woods, and from the literature they read, they can learn basic knowledge on how to survive in the woods (Zaks 546).

Reading also develops and boosts imagination, which is one of those traits needed in all spheres of life. Imagination is a capability to form sensations even when they are not perceived through the senses. It is a factor of creativity that is closely linked to the ability to prognosticate the consequences of making decisions, developing inventions, or creating art work (Zaks 112). Reading enhances imagination, since a reader has to envisage characters, places, and events depicted in the book. Obviously, television cannot contribute to this skill, since it transmits images that were prepared in advance—hence, depriving one’s mind from mental development.

Based on the aforementioned arguments, the benefits of reading can be easily seen. Its role in the development of an individual can hardly be overestimated. People who have a solid intellectual ability are more intriguing to communicate with, more creative, and they experience little or no difficulties when forming and expressing their own opinions. As for me, I prefer reading to perceiving already processed information. I do not mean that watching TV or browsing the Internet are worthless occupations. On the contrary, valuable and useful information can be found by the means of modern media. It is just a matter of balance. Watching only TV can make you dull and reading too much can make you over-intellectual. Personally, I would recommend that everyone read at least one new book per month and then, after a period of time, evaluate any changes that have occurred in their world outlook. I am sure these shifts will definitely occur and they will be positive.

Zaks, Natasha. Give Yourself to the Book. London: Griffin Press, 2011. Print.