Why I Dislike Teamwork

Throughout centuries, collective environments have made many kinds of daily challenges easier, and increased an individual’s chances for survival. In the 20th century, however, the role of teamwork started to change, as technological progress contributed significantly to individuals’ safety and labor efficiency. Today, many people are able to sustain themselves working on their own; they need collectives mostly for socialization, friendly support, and so on; survival has been upstaged. However, teamwork is still valued in many companies around the world. It has its own advantages, and it is beneficial at times for companies to make people work in teams rather than individually. But, in my opinion, while this approach seems to suit extroverted personalities perfectly, an introvert like me would appreciate an opportunity to work on tasks either individually, or with a couple of colleagues. 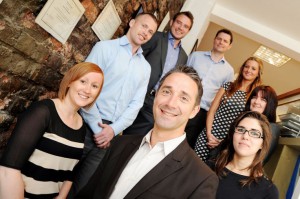 It is usually believed that competition between coworkers is beneficial for any company, as employees strive to do their best, show their best performance to outperform each other, and thus contribute to the company’s profits. Personally, I find competition a non-contributing factor in my performance. Knowing that I need not only to do my duties responsibly, but also to show off trying to prove that I am better, causes excessive stress in me. As if simply doing the job on time and at with high quality is not enough, I feel obliged to do it in a way nobody else does. As a result, I (as well as other workers) may tend to become more concerned about how my performance looks in the eyes of my boss rather than about doing a quality job.

CEO Hal Rosenbluth, the author of the book The Customer Comes Second showed how competition—this inevitable part of teamwork—affects personality. While interviewing one potential employee, Rosenbluth could not get rid of the feeling that the latter would be troublesome, though everything seemed to be alright. Rosenbluth invited that person to a company softball game; there, the candidate demonstrated manic competitiveness, close to aggression (Chief Happiness Officer). The point is that competition can awaken the worst personality qualities; I have witnessed how teammates, obsessed with competitiveness, lead real guerrilla wars against each other to show off to their superiors. From this perspective, talks about teamwork look rather meaningless.

Effective teamwork requires a number of additional efforts from the team manager, who needs to organize the work of a group of completely different people in a way that they work as a whole. However, people vary by a number of parameters, which are rather difficult to calculate and put together: peak hours, intellectual capabilities, endurance, skills, experience, personality types, and so on. Reasons why teamwork usually fails, besides poor management, are also numerous: conflicts (and respectively, poor conflict management skills of a team manager); poor time management; weak communication between team members; poor productivity of a part of team members; esprit de corps, and so on (Like a Team).

Personally, I dislike working in a team, even though I understand the advantages and benefits of teamwork for companies. My attitude towards it is motivated by certain qualities of my personality, and by several reasons which, in my opinion, do not speak in favor of teamwork. Among such reasons, I must mention employees becoming concerned more about the facade of their work rather than its quality; competition, which is an inevitable part of working in team, can provoke individuals’ worst behavior; working in a team requires management to consider and calculate a vast amount of factors and circumstances, since without it, any attempts to make a number of people work as a whole is useless.