The Necessity of School 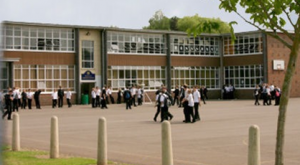 Though going to school is commonly referred to as necessary, I think with many chosen professions, going to a public or private school is not required in order to achieve a certain level of competence. As a writer and editor, I would like to say that if I did not go to school, I do not believe my skills in my profession would be any less. In fact, I think they might be even better if I had not attended school.

Sure, one can make the case that education is important for children, as they often do not know about what they want to be in the future. However, if you ask children what they would like to be, they often will say things like, “firefighter,” “policeman,” “scientist,” “actor,” and so on. Thus, they have some inkling of what they want to do already from an early age.

It is in my personal belief that children usually have a solid idea of what they want their future to look like. This concept gets clarified and evolves, although I think there is no reason against children diving into the discipline of their choice from an early age. Instead of making children be involved in a renaissance-man type of education where a child learns about practically every subject at once, I think it would be beneficial for a child to focus on what they truly want to do after attending elementary school and middle school. In most countries, by the 9th grade, children know the basics of mathematics, science, reading, writing, history, and more. In order to be a functioning citizen, getting a full high school education is not required.

Let us take my case. I knew I wanted to be a writer from my first year of high school. In fact, even before that, I enjoyed writing poetry and stories, and not much else. I had a strong distaste for mathematics, history, science, and other technical subjects. I felt that writing was the only subject I connected to, as it was not rote work. You could express yourself and be abstract. It was not just about remembering facts in order to pass a test. In other subjects, I felt I was a robot processing and spouting out figures, algorithms, and formulas.

So, it was clear to me that I wanted to be a writer. If the government told me that I could study writing for six hours a day, five days a week, I would have been escatstic. I would have gladly gone to school even on the weekends. And you know what, I am a writer and editor now. Learning mathematics, science, history, and other subjects in high school did not change my profession. Sure, they added to my writing and editing skills in a way, but marginally. In addition, I enjoy writing science fiction and historical fiction. So, for my stories, I study science and history. This shows that taking these classes are not truly important. Sure, you might say it would be embarrassing if I did not know when the American Civil War was or what it was about, for example, but sadly, even many educated Americans do not know that information. I find well-read people, such as writers, are generally more knowledgeable than well-educated people. Not only more knowledgeable, but also more informed and well-rounded. As the writer Ray Bradbury said, “I graduated from the library.”

Writers spend loads of time in libraries, and absorb more information than the average high schooler does, and even the average college student. And in terms of producing extraordinary writers, I believe focused study on a single occupation from an early age will garner more results than a generalized education will. I cannot imagine how much better of a writer and editor I could have been if I studied only writing and literature in high school instead of putting my attention to disciplines that did not influence me greatly in my chosen profession.

Anyways, if a person in this system of focused education feels they are lacking in a certain field, he or she can take a class at this individual’s own discretion to gain knowledge in order to fully function in society. As an extension of this, I also believe that college should also be centered on one’s major only, as that is how we produce true specialists. That is why I went to a college that allowed this option. I feel I did not gain disfavor from this experience, and I am now a content manager within an IT company, making good money.