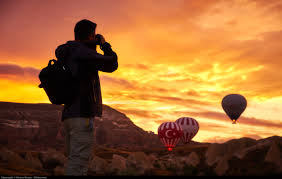 To travel or not to travel? This is a common question many people ask. It is a pertinent inquiry, as salaried workers often do not want to shell out loads of cash to see the world. Commonly, individuals prefer to save their money for buying a car, purchasing a house or apartment, or get some other material possession. However, there are people who would rather see more of what the world has to offer instead of saving a lot of money. I guess I can be said to be one these individuals.

I have been to India, the US (born there), Canada, Italy, Ukraine, Turkey, and the United Arab Emirates. You can say I am well traveled, though I know of several other people in my circle of friends who have been to more countries than me. Anyways, I want to reflect on what this experience has brought me.

Firstly, I can say that it has given me a fresh and priceless perspective on how the world operates and looks like. Sure, we can watch National Geographic and other TV channels to gain knowledge about the world, but until you experience these places in reality, it is difficult to truly know what these areas are like. To be able to take in the smells, sights, sounds, tastes, touch, and more of a place is something special. Through the senses, we gain a vision of what life is like in different areas of the world. The more experiences you gather into your psyche, the more you form a holistic view of the globe, and your place in it. India is one of those countries, for example, that is practically useless to just talk about. The myriad smells, sights, and other sensory perceptions you can come upon while there is outstanding and miraculous in my opinion. And, seeing the poverty there first hand, while witnessing the joy of the downtrodden, will never leave me. Sharing in Indian music by playing instruments in an academy there will never become a weak memory. After visiting a few countries for prolonged periods of time, you begin to feel like a world citizen, rather than affected by nationalism and zealous pride in your motherland.

This brings me to my next point: travel helps one to carve away dangerous sentiments about other people from our consciousness. Most times, we are racist, sexist, and such because we are ignorant and fearful. We have commonly never met the people we hate—or at least gotten to know them personally. Through the prism of the media and our upbringing, we see people through a certain lens. When we travel, we get to meet various types of people from unfamiliar nations. This sets us on a course to become more open-minded and less fearful of others. We start to see the world as a community, rather than separate communities that must be at war with each other. For instance, going to Turkey, I found that Muslims there were joyful and friendly. They were completely opposite to the Muslims I saw on American television. The media we absorb often ends up as our ideas and opinions. When we travel, we undue these erroneous constructions.

Travel is also great for networking and making friends. I have connected with so many people in my travels, that it is difficult to recount everyone of importance that I have met. As a musician, I have come in contact with countless famous and influential musicians, and even have been invited through my connection with them to give concerts in India. In Italy, at meditation seminars and through travels, I have grown friendships that have lasted for more than a decade. In Canada, I now have plenty of family friends across the border, so that I am inclined to visit our neighboring country more and more often. In Ukraine, my wife’s family resides there, and through them, I have been opened up to a whole new type of family tradition and an ancient culture. Without these connections, I would not have discovered much about the life of the people in these countries.

Traveling is an essential act, in my opinion. It aids us in seeing the world with a more holistic perspective, to purge any negative nationalism we harbor, and allows us to make significant connections with various people that can form lasting friendships and even business deals.