How it Feels to Be Unemployed 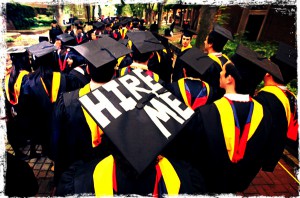 Throughout almost all of its history, the United States has been seen as a country with one of the most developed and influential middle classes in the world. Such terms as “the American dream” and “the land of opportunities” described the U.S. rather accurately. However, its economy changed after the year 2008, when a powerful economic crises—comparable perhaps only with the Great Depression—dramatically changed lifestyles, beliefs, and outlooks of many American citizens. Rates of poverty and unemployment leaped drastically; many people had to leave their homes and live on the streets or in hostels because they had no more opportunities to pay rent or pay out their loans. Even now, five years after the crises, many people still cannot find a job.

I was one of them in the past—not distant enough to recall it without a disturbing chill in my chest. I managed to keep my job (I used to be a journalist) immediately after the crisis, and during the next year after its height. However, the publishing house I had been working for went bankrupt, and all of its employees including me found themselves in a situation where we had to make ends meet on our own. After multiple unsuccessful attempts to find another job in my field, I finally realized the fact that I had joined the army of unemployed Americans.

Perhaps the most poignant feeling I had about this fact could be expressed by the words: “I cannot believe it is happening to me.” Though I had to return to my parent’s place, as I had nowhere to live anymore, and despite the fact that I no longer had an office to go to, I would still wake up at 5:30 a.m. and feel the usual morning rush. I spent about six months consistently browsing websites with vacancies in hope to find at least a temporary job. After a series of rejections, I started to develop the first signs of depression. I noticed I could not sleep well at night, and it would cause me fatigue and a loss of concentration. Some days, I would sit in front of the TV and watch telemarketing shows in frustration.

The part-time jobs I took a couple of times only gave for me more melancholy associated with my much longer periods of unemployment and being in constant need of money. I worked as an editor, a typist, a courier, and even as a utility worker, but no one seemed to need my services on a regular basis. Now I can see at a certain moment back then that I started to be extremely negative about my condition. I was not expecting a better situation for myself any longer; when I sent my CV to another company, I already anticipated rejection in advance. I started to doubt my worth and competence; I was almost sure no company would ever need my skills. This caused me to stop my attempts and to sink to the bottom of the emotional barrel.

The story of my recovery is a subject for another essay. What I can mention here is that I managed not only to pull myself out of my misery, but even find a better job than I had before the crisis. Based on my own experience, I would like to say attitude matters a lot. Job hunting is a series of multiple rejections followed by only one invitation for an interview, and this fact is discouraging. At some point, it may seem there is no way out. However, it is not true. If you at least manage to sustain yourself, you can work on improving your CV to become the most wanted employee for companies in your field. Do voluntary work, develop your skills, start online courses for your profession, spend more time supporting friends and family—these guidelines may seem general and obvious, but they work.

Unemployment is like quicksand. When you just get into it, you do not panic much, but the deeper it sucks you in, the more hopeless the situation appears. Unemployment can cause people to lose faith in themselves, develop symptoms of depression, lose a positive attitude, and sink to the bottom. However, unlike quicksand, unemployment can be overcome due to a sequence of deliberate steps aimed at improving one’s life situation, and due to the support of friends and loved ones.