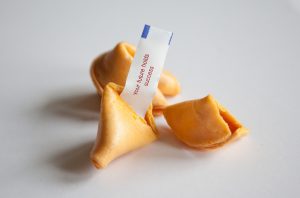 Success usually is associated with money and achieving material goals. However, success can be more spiritually-grounded as well. I believe that true success is more based on what you achieve spiritually than materially. There are two reasons for my belief in this: material want is insatiable, and the consistency of positive well-being through spiritual achievement. Besides using logic, I will also relay my personal history dealing with these two factors.

The desire for obtaining material things is usually said to be insatiable. As consumers, we never feel that we have enough. We may make a list of all the things we want to acquire, but when we possess everything on the list we made, we find that we have a desire for acquiring more possessions. This is mainly due to the fact that material goods do not, in themselves, garner lasting happiness and fulfillment. We may feel happy and fulfilled for a short time, but this mood wears off within a period of time. In order to replicate that feeling, people continue to buy new things.

Being born into a middle-class family in America, I have been materially fulfilled for my entire life. I was not spoiled, and had to work for extra money to buy the things I wanted; however, I have never been desperate for achieving normalcy materially, or hardly had any want for gaining new goods. Even when I bought new possessions, such as a Gameboy, which I saved up for from working a long time for neighbors, I did not find it satisfying. I played with the Gameboy for one day, and found it boring and a timewaste. I realized that my expectation and joy from buying a Gameboy, even with my hard-earned money, was barely fulfilling. The joy I felt was short-lived, indeed. The only joy I can say I received from gaining something materially was due to music. Listening to new albums or playing on a new instrument gave me the greatest happiness in terms of material gain. However, even these albums grew to be joyless listening experiences after a while, and so did many of the instruments I played on. The only music and instruments that I have felt lasting joy from have been directly connected to spirituality.

Spiritual achievement or practice is not as mystical or airy as you might imagine. It can be as simple as meditating each morning and night for 10 minutes, and gaining joy from attaining inner silence. The best part of doing regular spiritual practices is that one’s well-being improves and is in a consistent state of contentment. This cannot be said for acquiring material goods, where one’s well-being does not improve through purchasing items, and the happiness one garners from such a purchase is only temporary. Satisfaction through spiritual practice is not only done by meditation, but by giving to needy people from your heart (not just with an idea to feel better through giving, resulting in a selfish act), by keeping one’s attention on the moment, and through practicing such personal qualities as forgiveness and non-reaction to stressful events.

I have felt these effects firsthand, as I have been meditating each day and night for more than 10 years. Your inner joy and contentment increases incrementally each day if you meditate regularly. It is not a sudden blast of happiness, which can be accompanied by purchasing a new material good. Rather, it is a gradually growing satisfaction that does not fade away with time (it fades away only if you stop this spiritual practice). This goes along with the saying that the best things take their time. Instant gratification is a rather shallow idea of happiness. Real happiness is attained day by day, without any limit in sight. Through years of meditation, I have noticed that not only have I become happier, but also more accepting and non-reactionary when a tragic event occurs. This reduces the amount of stress I feel, and also changes the way I perceive problems as they arise. In the meditative state, problems are just blips in one’s consciousness that rise and fall. The joy of being in the moment is more powerful than any obstacle that comes our way. Therefore, true success is being spiritually endowed, and not materially wealthy.

Though the majority of people measure success with material gain and the meeting of one’s mundane desires, I believe success mainly equates to spiritual fulfillment. In comparison to material happiness, spiritual success provides an enrichment of one’s personality and a consistent feeling of contentment. Thus, I firmly contend that if one wants to achieve success, one should look to one’s spiritual achievements instead of material status.