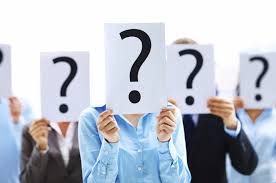 Are we truly this body, emotions, and thoughts? Or are we something more? According to Shri Mataji Nirmala Devi, one of the leading spiritual teachers in the past century, we are much more than what we normally perceive ourselves to be. Shri Mataji says we are the pure spirit (pure awareness and bliss), and our body, emotions, and thoughts are merely illusions (Sahaja Yoga Meditation). After careful consideration, I have come to believe this premise to be true, due to experiencing a state beyond thoughts, body, and emotions known as equanimity.

Our bodies are composed of the elements oxygen, carbon, hydrogen, nitrogen, calcium, phosphorus, potassium, sulfur, sodium, chlorine, magnesium, and traces of many other elements (Anke M. Arsenic). Are these elements and the processes associated with it who we are? We can control our bodies’ reaction to stimuli and are general health with enough practice. In this sense, we only owners of our bodies. If we are our body, then how does consciousness come into play? This is still an elusive question without a firm answer (Can Science Explain Consciousness?).

An emotion “is a neural impulse that moves an organism to action, prompting automatic reactive behavior that has been adapted through evolution as a survival mechanism to meet a survival need” (Emotion). Are we to be identified with this mundane process? Individuals can let their emotions come and go, and be detached from their chemical influence. This shows how we are beyond emotions, but usually accept to abide by them—consciously or unconsciously.

By experiencing equanimity, or a state when one is not perturbed by senses or external stimuli, I realized how our thoughts, bodies, and emotions are not who we are. In this state, which happened spontaneously to me, I forgot my name, who I was, and anything about myself. I had no thoughts, no bodily attachment, and no emotions—only a sense of complete ease. I simply was aware of existence as it is—without names of separation.