The Living Conditions of U.S.-Born Children of Mexican Immigrants in Unmarried Families 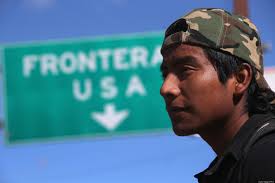 In the United States of America, there are various hardships faced by immigrant children. These hardships may vary depending on the origin of the immigrants. The current paper is aimed at analyzing an article, “The Living Conditions of U.S.-Born Children of Mexican Immigrants in Unmarried Families,” published in the “Hispanic Journal of Behavioral Sciences.” The studies presented in the article demonstrate that the children of immigrants of Mexican origin are prone to high risks of a socioeconomic nature within US society. The paper concentrates on the children of immigrants of Mexican origin, and more specifically, those that live in unmarried families. Mexican immigrants, in most cases, have considerably lower levels of employment, or are unemployed, as well as their education level is minimal. 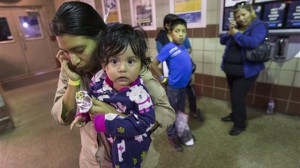 Using information from child well-being studies and fragile families, the author of the article argues that the children of Mexican parents are at a higher risk of various hardships. Their maternal health profile, as well as the poor socioeconomic setup in which they live will adversely affect the growth of these children (Brandon, 2002). Apart from the characteristic social problems facing immigrants, such as a language barrier, cultural differences, and unfamiliarity with societal norms, single parents are exposed to other problems. These issues relate to the well-being of their children, and the mode of bringing them up in an already unfriendly environment for their parents. This exposes children to multiple disadvantages when compared to children of a single parent who are born in the US. The article states that children brought up in a single-parent setup are exposed to poverty. According to DeVanas-Walt, Proctor & Mills, (2004), the following analysis depicts the situation on the ground. When compared to married families, close to 30 percent of children in a single-parent setting were below the poverty level, whereas a meager five percent from married households were below this poverty level (Schmidley, 2001).

The key points addressed in the article are the problems facing the children of single parents of Mexican origin. However, the key concerns such as the accessibility of health benefits for these children and their families are not well addressed. One suggestion is that policies developed to impact the health of immigrants must be followed since it influences the well-being of the entire family. Appropriate recommendations must be developed keeping in mind the interests of the immigrants, as well as the government.

Theoretical Value of the Article

The theoretical value of the article is the attention it draws to various issues affecting the children of single mothers that are native to Mexico. Unlike the recommendations by health practitioners, Mexican mothers rarely seek prenatal care before the end of the first trimester in their pregnancy. However, it is fascinating to note that this does not affect the birth weight of the children. In reality, most of these children are born with a normal weight, compared to the rest of the American population. The risks that these children face in their developing stages are because of the poor socioeconomic status of their parents. From these findings, it is clear that this status is what should be addressed to minimize the risks to which these children are exposed (Gershoff, Aber & Raver, 2003).

Another point raised in the article is the fear that exists in their parents concerning claims for benefits like the rest of the American population. This fear derives from the demand either for a proof of citizenship, or in their case, valid evidence of alien status. The fear of deportation and the adverse consequences to their relatives prevents them from applying for benefits from the government, regardless of their status. This scenario portrays the societal approach and behavior to governmental regulations (Lessard & Ku, 2003). The parents would rather miss federal benefits and risk the well-being of their children than disappoint their family members through deportation and other severe consequences (Guendelman, 2000).

The reading is related to behavioral theories in that it tries to break down the information concerning the challenges faced by these children into small understandable bits of information. To reinforce this information, statistical evidence has been provided to support the statements made throughout the article. To authenticate the declarations made in the article, observations are included to develop a comprehensive model of the research findings. Behavioral concepts that tend to the mental health of the disadvantaged children in US society are incorporated in the article, where motivating operations are suggested to change the situation, minimizing the risks to which these children are prone (Sherraden & Barrera, 2006).

An Evaluation of the Reading

The entire article is written with the interests of the immigrants’ future behavior in mind. It addresses various factors that increase the risk of American born children, of Mexican immigrant parents who are not married, compared to those belonging to American born mothers. It identifies the leading reason for this concern as the inaccessibility of health benefits to immigrants and their children, through either intimidation or regulations (Camarota, 2001). The article also suggests that policy development affecting the health and development of immigrants should be addressed, since it affects the health of both American born and foreign born children in these families (Reardon-Anderson, Capps & Fix, 2002). However, the article fails to develop concrete recommendations on the way to move forward concerning various issues. For social work practitioners, human behavior in relation to their formative years is critical.

Mexican immigrant children are prone to socioeconomic challenges that are not of their own creation. The article suggests that this predicament cannot be altered to improve the future development of these children, which is misleading. The social environment plays a role in the development of a child. However, it should not be used as a basis for justifying an individual’s well-being (Dinan, 2005). The Horney’s attachment theory supports the findings in the article. The attachment theory explains that for the normal development of a child, there has to be a close relationship between at least one caregiver and the child. The caregiver can be the child’s parent or otherwise. The fact that children, born to single parents, can only build a relationship with one parent, is real. In the context of Mexican immigrant mothers, they are not available for this support in the normal social and emotional development of children. These immigrant mothers mostly work in non-professional occupations that are time consuming, and leave their children alone. More than 50% are in service occupations, and close to 30% are in labor occupations. This leaves the children without a caregiver to develop a close relationship with to facilitate normal development.