Tobacco Smoking Should Be Illegal

There is every reason to consider tobacco smoking the most harmful of bad habits, since it adversely affects not only the person addicted to cigarettes or cigar smoking, but also those around the smoker, who involuntarily inhale the smoke. Statistical reports on the impact of smoking on Americans show that 269,655 deaths annually among men and 173,940 deaths annually among women are tobacco-related. Some people might argue that the odds of AIDS, car accidents, and homicides taking one’s life are greater than smoking a couple of cigarettes a day. But the facts prove quite the opposite. Regular tobacco smoking, despite its apparent comparative harmlessness to illegal drugs or incurable diseases, kills more people every year than car accidents, illegal drugs, AIDS, murders, and suicides combined. In the US alone, approximately 400,000 people die each year from voluntary cigarette smoking. When we add the deaths from tobacco-related causes, primarily the impact of second-hand or environmental tobacco smoke (ETS), the numbers exceed 430,000 people every year. Is this the price you are prepared to pay for allowing yourself to yield to this deleterious addiction? 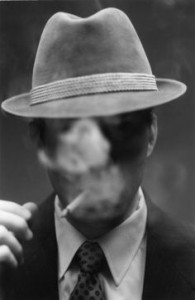 It is notable that some people in the US zealously argue against making tobacco smoking illegal. Their main argument is that it is a personal choice that everyone should be allowed to make. In a democratic society, does not everyone have a right to make their own conscious decisions, and even if it harms their health? Certainly, we cannot force someone to give up their personal right in favor of the collective good. Or can we? When it comes to tobacco, the harmful impact it has on health and life goes beyond the person who is smoking. Researchers report that exposure to secondhand smoke causes approximately 3,400 lung cancer deaths among nonsmokers in the United States every year (“Lung Cancer Fact Sheet”). Environmental smoke from tobacco products also causes an estimated 46,000 premature deaths from heart disease each year in the United States among nonsmokers (“Health Effects of Secondhand Smoke”). Furthermore, environmental tobacco smoke is also often considered responsible for SIDS (sudden infant death syndrome), and for causing serious health problems in children, which will affect their development and future life prospects (“Health Effects of Secondhand Smoke”). Do those around us, especially children, freely choose to be exposed to the hazardous effects of tobacco smoke just because they are in immediate proximity to those who smoke on a daily basis? Is it fair to those who are victims of second-hand smoke? Most certainly not!

Another impact of tobacco smoking that is often underestimated is the pollution that it causes from a global perspective. Do smokers ever ask themselves: “Where do all the packs and cigarette butts go, where do they disappear to?” They do not just vanish. They pollute our environment, litter our streets, beaches, lakes, and seas. They not only spoil the aesthetics of our environment, but also harm animals and plants, enough of which are being killed every day even without this occurrence. It might seem to be an issue of little importance. After all, one can argue that a tiny cigarette butt is not even worth thinking about when compared to the many tons of litter we produce in our life’s routine activity. While this remains moot, it is instructive that over 1.7 billion pounds of cigarette butts accumulate in lakes and oceans, and on beaches and the rest of the planet’s surface every year. Does this put the issue of pollution from cigarettes into view? The water our children will drink, the places our neighbors will go on vacation, the habitat for fish, animals, and plants that we might someday end up eating—everything gets affected by the litter of tobacco products.

A separate issue that needs to be discussed is tobacco addiction in teens and kids. Yes, it is illegal in most countries around the world, including the United States, to sell cigarettes to minors. But does it really help when all the tobacco products are still out there and teenagers still manage to find a way to access them, made even more desirable because it is prohibited? We all know that, despite prohibition, smoking among teenagers and children exists, simply because there is little control over the selling of tobacco products, as is also the case with alcohol. It has become clear that only by completely prohibiting the sale of these products will we impact the issue globally and drastically bring down the numbers of death due to tobacco consumption.

Why hasn’t anything been done in this regard yet? Why, despite all the awareness of the problem, we still see smokers every day on the streets, in restaurants or, what is worse, among our loved ones? Indeed, the answer is simple. The tobacco industry is one of the most profitable businesses in the world. It makes hundreds of billions of dollars in the United States alone every year. This is why despite all of the cons of tobacco smoking and all the harm it brings to our societies, this industry is still successfully run and widely advertised. The time has come to stop this engine of death! Smoking does kill, slowly and inevitably, not only those who choose to smoke, but also those around them: family, friends and colleagues. The only way to protect us all from being exposed to the hazardous effects of tobacco smoke is by making cigar and cigarette smoking illegal both within and outside of the United States. Only by combining all of the resources of International NGOs, governments, and individuals all around the globe can we fight this death machine run by a few who profit tremendously from the sales of tobacco products. Only collectively can we make this change happen. The time has come to step up and make the first move in advocating making smoking illegal around the world.

Thank you for your time!