Absurdity of Google Trends as a Reflection of Mass Consciousness

Modern technologies allow us to create connections between phenomenons, spheres of life, and events that used to be independent in the not-so-distant past. One of the examples of such connections is the Internet and psychology, specifically mass consciousness. Psychologists, sociologists, and other scientists who study humanity may find it useful to analyse Internet users’ search histories to make conclusions about the condition of any particular demographic as a whole. Stated succinctly, the statistics of the most popular search requests can be a display of the mental condition of a select population. 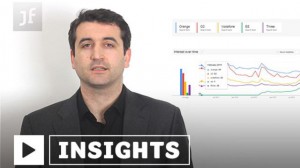 Considering there are numerous search engines worldwide, it would be fair to limit oneself to those that are the most frequented. Google suits this purpose; besides, it has a special service named Google Trends that allows any user to monitor search inquiries that were the most popular among users during a certain time period. It also allows users to filter displayed results by country; for this article, I set the filter to display results from the United States.

Before analyzing the recent trends, it would be useful to list the main events that are taking place in the world currently, as they can potentially affect geopolitical, cultural, and economic situations worldwide. Among such situations are:

1) Israel’s assault on Palestine (leaving over 2,100 dead so far in Gaza), which can drag other regional countries in warfare
2) The conflict between the Ukrainian government and Moscow-backed separatists
3) A shot down Malaysian airplane, which dramatically broadens the scales of the aforementioned conflict
4) Economic crises worldwide

If we take a look at the actual North American search trends, we will notice that during the previous week, people were mostly searching for information about some Ryan Dorsey (getting married), Dan Bilzerian, Apple’s earnings, Listeria fruit, National Ice Cream Day, Miley Cyrus, and a number of personalities that are related mostly to sports or entertainment. Potentially influential events described in the previous paragraph were searched by a great amount of people (about 1-2 million searches), but the interest towards them seems to have been temporary. In other words, serious geopolitical changes and events (in which the United States is actively participating in right now) does not seem to be worrying American citizens that much.

This does not mean Americans have no concern about these topics; most likely, in speaks in favor of the hypothesis that American citizens tend to voluntarily pay attention to entertainment more than to the events that can potentially affect themselves. Though the official American media keeps broadcasting world news, it still comes from the outside. From the inside, citizens do not seem to care much about what is going on outside the United States.*

* This is an entirely subjective opinion based on the analysis of Google Trends.