Larger than Life: What Does The Great Gatsby Owe to Le Grand Meaulnes? 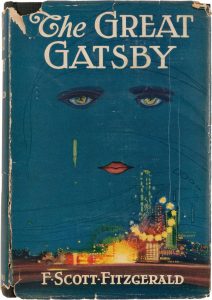 The recent refilming of The Great Gatsby must have sent a lot of us back to reread the book: and what an exquisite piece of narration it is—standing almost like a last flowering of figurative art, with its precision of crafted prose, before artistic progress descended into the generalities of abstraction.

As I immersed myself once again in this perfectly constructed short novel, the first tremor of déjà vu I felt was over the personality of the side-lined narrator: did not Nick Carraway, the rather literary observer of the scene, remind one of François Seurel from Le Grand Meaulnes? It is a brilliant device, which works equally well in both novels, to heighten the sense of hero worship that accompanied Jay Gatsby and Augustin Meaulnes. For both are larger than life characters who suddenly appear from obscured backgrounds and take their new circle by storm, causing the lesser characters in both narrations to rally round them in the hope of a reflected aura.

And then I realized that the key themes are remarkably similar too: both are about an ideal of finding the perfect love, whether with Daisy Buchanan or Yvonne de Galais; both are about the loss of this discovery, and the attempts to rekindle it years later, but history gets in the way of returning to that lost idyll, to what Carraway describes as ‘the incorruptible dream.’ In both cases, the great hero goes off on a quest before he dare settle with his young love; in both, there is a rival male, which is Tom in Gatsby and Frantz in Meaulnes; in both, there is a contrasting darker affair, with Myrtle and with Valentin; and in both, the true heroine has a young child, representing their desolate hope of the future.

Once I had realized the echoes in the characters and the themes, a host of smaller details hit me with their reverberations: in both novels there are grand parties that are thrown with total abandon; both festivities happen at sumptuous mansions, with romantic turrets and banks of lawns; later, there are fateful gunshots in each; and episodes of looking up at windows, waiting for lights to signal behind the curtains. There is an almost coded reference in Gatsby to a ghostly piano, reminiscent of Yvonne’s lonely playing; and then the repeated motif of flashing lanterns.

At this point, I became transfixed by the degree of—what, plagiarism or homage? I calculated that it was certainly possible that Fitzgerald had read Fournier, for Le Grand Meaulnes was published in 1913 just before Fournier was tragically killed in the trenches in 1914, while Fitzgerald wrote The Great Gatsby ten years later in 1924 on the French Riviera. I found that he had read other novels in French that year: he told his editor that he was reading Le Bal du comte d’Orgel by Raymond Radiguet, so might well have read Fournier’s novel, since it had been nominated for the Prix Goncourt. Julian Barnes is the one writer I found who acknowledged the influence; in an article in the Guardian in April 2012, he said “I haven’t been able to substantiate this connection: the nearest proof-by-association being the fact that the first translator of Fournier’s novel was Harry Crosby, the millionaire expatriate who moved in the same Parisian circles as Fitzgerald.” So maybe Le Grand Meaulnes got onto Fitzgerald’s reading list in Paris before he moved down to Valescure.

But why are these connections not more frequently mentioned? One biography of Fitzgerald by a French author, no less, André le Vot, who makes no links between the two; he goes into great detail on the influence of Zelda’s summer dalliance with a French aviator, but no mention of his compatriot’s great work on such similar themes. The only significant debt that is occasionally acknowledged is the title itself: apparently Fitzgerald made this final choice after discarding several alternatives, such as Trimalchio in West Egg; but Gatsby is never called ‘Great’ within the book, as he only decided on the tribute after the text was finished.

What Fitzgerald therefore achieved, I would suggest, was to absorb the haunting fantasy of Le Grand Meaulnes and relocate it in a very different, highly materialistic society, with yet more historical and cultural associations that would resound in readers’ minds. He did this so successfully that his original debt is virtually forgotten or missed, even by those who know both texts well; such is the subtle role of literary influence and unacknowledged tribute between writers.

Written under the Creative Common license with some edits: https://creativecommons.org/licenses/by/1.0/