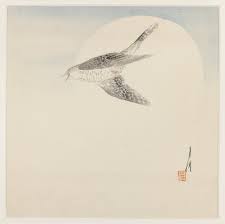 Tanka is a form of poetry from Japan, using only 5 lines of 5-7-5-7-7 syllables respectively. Tanka usually express emotions about a lover or a type of longing. They can use metaphors, unlike haiku. Tanka in English do not follow the same syllable count as in Japanese, as the two languages are two far apart in terms of syllables. In English, tanka are written as 5 lines as well, but in this format:

Here is a translated example of a tanka of Ono no Komachi, a ninth-century Japanese female poet:

In a broad sense, a poem is an organization of speech into a form that uses rhythm, symbols, and metaphors to create a mood or to give a certain impression. Usually a poem...