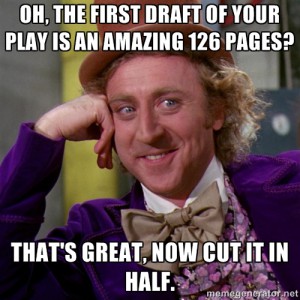 First draft of this paper can be found here

Final draft of this paper can be found here

Write a 650-word argumentative essay draft about the standards of parental control of media and modern technology children engage in. State the reasons why it is necessary to have security measures for underage individuals in order to dissuade them from participating in adult content.

Expand on the thesis you came up with in the first draft. Add specific details to each argument you introduced. In the introduction, specify the reasons of children’s vulnerability to explicit content on the Web. In the first body paragraph, list the negative effects of underage individuals watching pornographic material; in the second body paragraph, list examples of the most violent media legally available through the Internet. Add more specific details wherever needed.

Format references properly, and pay attention to punctuation and grammar.

Living in the 21st century is associated with an almost unceasing consumption of information of all kinds. A wide variety of means, such as television or Internet, allows people to access data they require with ease. However, not all information is useful and beneficial; camouflaged or uncovered violence and pornography make a significant part of information available for everyone, and underage children are the most vulnerable to information of this kind. Due to the fact that their ethical principles are in a process of intense forming, and their outlook isn’t fully formed, children and teenagers can be negatively influenced by obscene content. While adults can distinguish between rights and wrongs, underage children are much more sensitive and exposed to its dangers. Thus, a reasonable parental control over information that children consume is necessary.

The superfluity of easily accessible pornography and other content connected to sex as the first and foremost reason for establishing parental supervision over underage children’s Internet activity. Pornography can inflict severe psychological damage to a young developing mind and cause serious behavioral deviations. Among the most common dangers are addiction to pornography, understanding sex as something detached from morality and relationships, or sexual solicitation (Margolies). Special software, such as PicBlock or SafeScreen, can be used to minimize risks for a child running into pornographic content by accident. The password shouldn’t be set on the computer, because what is forbidden only becomes more attractive for children, but spending time on the Internet together with children could become a sufficient security measure.

The second reason for establishing control is violence in different forms, advertised and displayed in an attractive way. This refers mostly to popular movies and video games. Such movies as Undisputed or Devil’s Rejects, and especially video games, such as Prototype, Assassin’s Creed, Manhunt, and many others show violent actions as justified, with many embroideries. Children tend to adopt and reproduce behavioral patterns they observe in real life. It may result into aggression towards peers, parents, and so on. For example, one needs to look no further than a 16 years-old teen shooting classmates with a shotgun in California (USA Today) this year, or a boy shooting his teacher and then himself in front of the class in 2011 (Worden). Talking about behavioral norms that are acceptable and unacceptable in civilized society as a way to help children distinguish between right and wrong behavior.

Numerous websites and forums using uncensored explicit vocabulary and raising provocative or obscene topics, such as sexual relationships, is another reason why the parental control of children should be mandatory. Based on such information, children may develop a wrong understanding of such topics as religion, racial tolerance, sex and relationships, and so on. Parents should keep an eye on what their children read and discuss debatable topics with them.

Amounts of widely available information today pose new challenges for the upbringing of modern children. In modern era, parents should establish moderate control on their children’s activities to ensure that their psychological development goes well, since underages’ principles and outlook are in the process of forming, thus unstable and easily suggestible. The reasons why such control must be enabled are the superfluity of obscene sexual content on the Web, demonstrated violence, and uncensored vocabulary in provocative and debatable topics on different forums.

After you have written the first draft of your essay, you might think most of your work has been completed. You might take a break for several days and completely forget abo...