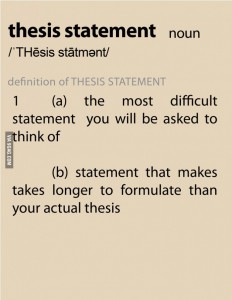 Though initial psychological trauma may have negative effects on the development of a personality, most emotional suffering inflicted during the adult years of an individual’s life is caused by themselves due to their unconscious thinking, passive victim position, and low mental hygiene.

Considering the known Universe is constantly expanding, and that it contains billions of galaxies with an uncountable numbers of stars, stating that humanity is the only intelligent species in the world is arrogant and reckless.

The Second World War had a significant impact not only on the alignment of European political forces, but also changed the balance of power globally, resulting in a bipolar political system.

Having an aesthetic taste and talent for artistic painting is not innate; a person willing to obtain the appropriate skills can create pieces of art at the same level as famous contemporary artists; it is all about hard work, will, and self-development.

The modern version of western democracy is, in reality, a form of dictatorship that oppresses dissidents to the same extent as it is usually done in totalitarian political regimes, differing only in methods and forms of sanctions.

Contemporary art copies artistic techniques invented in the beginning of the 20th century, twisting them to create an impression of novelty, to shock consumers, and to make mass media discuss about the artist, even at the cost of a scandal; thus, contemporary art produces nothing new, but is a parody on revolutionary art of the past.

The unconscious following of the Karpman Triangle in intimate relationships most often results in disappointed partners, cheating, and a low-quality of family life.

The entertainment industry of the United States is aimed at lowering the cultural and intellectual level of consumers in order to make them less critical during elections, or when the government tries to implement a new disputable social, economic, or political doctrine.

The phenomenon of political correctness that is actively propagated in western society is to a large extent similar to the Newspeak described by George Orwell in his novel “1984”; it is also aimed at avoiding calling events and phenomenons by their names, and helps keep people uncertain and nervous, since they have to be constantly aware of not insulting the feelings of surrounding citizens.

Christianity and Buddhism are extremely alike in those verities they convey to believers; Christ and Buddha were speaking about the same spiritual practices and concept of enlightenment, but their followers scripted their teachings in different words.

Creating a successful piece of academic writing is impossible without a properly composed thesis statement. A thesis statement is a sentence or two that clearly introduc...