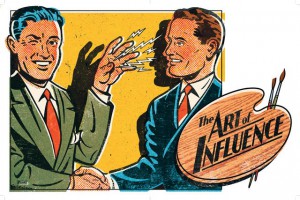 A persuasive essay is a form of academic writing that is built around a central argument. These essays are sometimes called argumentative essays because of this. In this category of composition, the writer aims to persuade the reader to accept his or her point of view through logic, references to research, and by appealing to emotions.

Steps for Writing a Persuasive Essay

There are limitless opportunities for great topics, since there are many debated issues you can discuss in your persuasive essay. Here are a few examples of topics for your argumentative essay:

– Building a whole essay on disproving your opponents’ arguments. You need to introduce your own points as well in order to show an alternative perspective.

– Becoming too aggressive while trying to prove your point only shows weakness. A persuasive essay should be thoroughly based on cold-hearted arguments, even though it may appeal to emotions as well.

– Changing your mind as you develop your arguments. This is why you need to get acquainted with both sides of the issue you are planning to discuss.

– Overloading your essay with facts and arguments without a clear structure or a general, logical idea. This is why you need to make a plan or an outline for your persuasive essay before you start writing it.

Now that you have acquainted yourself with the basic persuasive essay writing tips and rules, you can check out our persuasive and argumentative essay samples to link theory with practice.

Samples for Writing a Persuasive Essay

For many students in the U.S., studying in high school today is easier than, say, a hundred years ago. Indeed, due to advanced technologies which can be used for studying, being a student today is hardly a dilemma. In addition, high school students do not ...
School uniforms and why students wear them has been a topic of concern and debate for as long as these clothes have been around. Though people who argue that wearing uniforms in educational institutions make people appear all equal, give a sense of commun...
Maternity is known to be both a challenging and joyful condition for, perhaps, the majority of women. Governments worldwide commonly support young mothers by providing th...