Importance of Having Fun While Writing 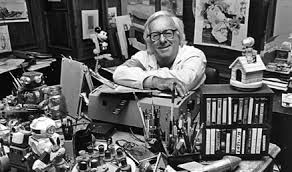 Many writers plan out their future writing based on what they want to say to their readers, or what they want to expose to humanity. This is a noble act most of the times, but there is also another style that writers can use to start their compositions: from fun. It occurs sometimes that even though a writer is doing his or her best to expound on a topic he or she believes to be important for readers, “fun” is not a word to describe the writing process. Writing can be dull, even in the face of a pertinent topic you are interested in.

Having fun while writing is another part of the key to being a successful writer. When you have fun writing, readers will almost automatically have fun reading your writing.

How does one have fun while writing? Before setting out to write your next piece of writing, imagine what would be fun to write. For me, before writing my second novel, I saw a film about a warrior in India that had lost the passion to kill and turned against his fellow soldiers to try and stop their senseless murders of townspeople. While watching the film, an idea showed up in my brain, “It would be great to write a novel based on this story!” I did not copy and paste the story sequence by sequence, but I borrowed many ideas from that film.

It was a blast to write the novel, as compared to my first novel, which was dry and almost unreadable, as I wanted to write “the best novel I could.” Later I found that to write the best we can, we should be able to have fun while writing. That joy needs to be there in you while writing in order for joy to be translated unto the page.