Words to Avoid in Academic Writing 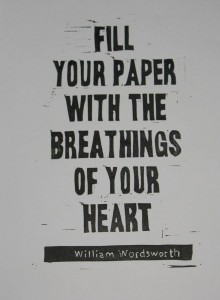 There are some words students use in academic writing that could be said to be overused or unnecessary. Whether you are writing a paper for a class, or you are submitting a business proposal as an entrepreneur, there are particular words you should avoid in order to maintain a professional writing appearance. There is an exception, though, if you are specifically told by the person who assigned your work that the presence of colloquial and casual language is allowed. But this rarely happens, and it is best to avoid the following list of words even in the case of getting permission to use a freer language than usually practiced in academic writing:

“Very” creates an overstatement. Take the sentence, “She was very radiant.” Radiant is a powerful word already. Let it do its work alone without adding extra emphasis.

Words to use instead: genuinely, veritably, undoubtedly, profoundly, indubitably.

A reader is often unfamiliar with the material you are presenting. If you use of course, the reader may believe they are not smart enough or feel you are not explaining your material well enough. Simply present your case without fluff-language. If you feel you have to use “of course,” use the words below:

Words to use instead: clearly, definitely, indeed, naturally, surely.

It seems when we do not know how to describe an object or phenomena, we use “thing.” Writing, especially in the academic realm, is about being specific. Using “thing” does not provide any specificity whatsoever.

What to write instead: Discuss your subject directly. For instance:

“I loved the thing she did,” could be changed to, “I loved her salsa dancing on Friday nights by Makelmore Harbor.”

Do you know of a person, place, or phenomena that “always” does an action? “Always” is almost always not true.

What to write instead: Consider how often your subject does an action. Say someone at your work is consistently late, but is on time occasionally. Some people might write, “He is always late to work.” As an alternative, you could write, “He is late to work most of the time.” If you are writing a serious paper, consider going further and give exact numbers, such as, “He is late to work 88.6% of the time in the mornings, during the months of September, August, and May.”

Similar to “always,” do you know of any person, place, or object that “never” does a certain action?

What to write instead: Let us look at this sentence: “Maggie never lost her temper because she was a good girl.” A better way to approach this sentence would be to say, “Maggie rarely lost her temper, as she was brought up in believing that displaying her anger was the worst form of human expression.”

When you are writing an essay, a research paper, or a review, you are presenting yourself as an expert or professional that wants to send your message across to an audience. Most readers are not wanting to be written to in a casual way. They expect we respect them and that respect is in the form of the language we use. Contractions show we are either lazy or are talking to a lower-level audience.

Instead of writing contractions, simply use the original form of the word.

Akin to “very,” it is not necessary to use and is a form of overstatement.

Words to use instead: extremely, remarkably, unusually, consequently, accurate.

Using “a lot” refers to a quantity, but it does not tell the reader how much exactly. Keep the idea of specificity in your mind when you write. It is better to state the exact amount or at least hand over an educated guess.

What to write instead:

It does not give an appropriate description of a subject. It is recommended to be more specific.

Words to use instead: commendable, reputable, satisfactory, honorable, pleasing.

What does “stuff” mean, anyways?

Words to use instead: belongings, gear, goods, possessions, substance.

This word is vague. It generally means “satisfactory,” but a reader cannot be entirely sure.

Words to use instead: admirable, cordial, favorable, genial, obliging.

A hollow word that does not add much value.

Words to use instead: precisely, assuredly, veritably, distinctly, unequivocally.

Sometimes, writers stamp “many” down on a page without realizing that it means almost nothing to a reader. If you want your audience to know about a quantity, why not state its specifics? But if you cannot provide the details, try these:

Words to use instead: copious, bountiful, myriad, prevalent, manifold.

What to write instead: Exclude cookie cutter phrases. Go straight to your summary and afterthought.

Your readers knows where your first, second, and third body paragraphs are because they can count. You do not need to state the obvious.

What to write instead: Lead into your body paragraphs by beginning with a topic sentence that follows the concepts outlined in your thesis statement.

Your readers can see it is your ending point by being the last section in your paragraph(s). And even if the placement of your final point is not clear, there is no real reason to state that it is the last topic.

What to write instead: The common phrase, “It can be anything,” can be broken down into details that relate to your composition. Say you are writing about topics for poetry. Instead of stating that, “Poetry can be written about anything,” why not list some possibilities: “Your loneliness in a new city, a recent divorce, how an insect flies through wind filled with tree fluff, your disgust of politics in Buenos Aires, how you wished you could transform into a clock: all these topics and more are valid when writing poetry.”

A casual version of saying:

“type of”
“in the category of”
“within the parameters of”

Imagine you are Sherlock Holmes. I bet when you finished a case, you would not say, “I found out the reason that….” No, you would be stately and expound, “I have examined, investigated, interrogated, discovered, realized that Mr. Shuman was tied counter-clockwise to the rope that was set by the food agency’s mole to convert a missionary to blasphemy.”

The fathers of ambiguity, these words does not relate to any concrete object, person, or phenomena. It is best to list the “various” or a “variety” of objects, people, or places you are examining in your piece of writing. But if you cannot come up with a proper list, you can insert one of the following words in place of various or variety:

What to write instead: discrete, disparate, diverse, multifarious, divergent.

Samples for Words to Avoid in Academic Writing

The following is an example of how specific words should not be used in an academic paper, and how the text would look like without these words. Words to Avoid Included: The crow is a very intelligent bird f...