Are Security Measures in Airports Humiliating? 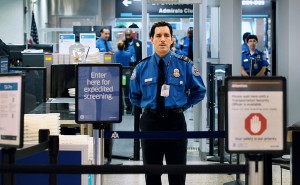 Though airplane flights are considered to be among the safest ways of traveling, they are usually connected to a number of risks aggravated by the vulnerability of the aircraft and its passengers. And since one of the most serious threats (for air flights, in particular) today is terrorism, airports do their best to prevent all possible dangers on the ground. Unfortunately, it is often conjugated with privacy violation and other similar issues. The question is: are the regular methods of ensuring security truly necessary and unavoidable, and should governments change them?

Regular searching procedures, used by the Transportation Security Agency (TSA) staff include patting down, baggage x-ray screening for suspicious items and explosives, screening with a metal detector, and comparing passengers’ names submitted by airlines to a watch-list. In 2010, the TSA had implemented full-body x-ray scanning, which was meant to guarantee that no suspicious or threatening items transported by would-be terrorists could be carried on board (Council on Foreign Relations). These security measures have caused massive protests from civil rights organizations and citizens, who assessed them as a serious privacy violation of passengers—a rude intrusion of their personal space. These methods are often treated as humiliating and degrading, especially by passengers with increased modesty, vulnerability, or sensitivity, and may result in the alienation of people and making them feel distrust towards governments, whose duty is to protect them.

However, is there any other reasonable alternative for preventing assaults on planes? An ultimate and final liquidation of world terrorism does not seem possible, therefore certain people will continue to be willing to cause moral and physical damage to other countries, be it the U.S. or any other nation (this is not to mention psychologically-demented people). Mechanical (and sometimes manual) inspection seems to be the most effective way of revealing hidden threats, especially compared to the majority of other existing methods. For example, specially trained dogs can smell explosives or armory lubrication, but it is doubtful passengers would like to be examined by such dangerous beasts. And, unfortunately, the complete refusal from inspecting passengers and letting them board on planes like on railway trains—as it had happened in the 1960s (Annenberg Classroom)—is impossible today.

Many passengers have moral concerns about whole-body scanners (WBIs), which allow airport staff to see through an individual’s clothes and even body tissue in search for prohibited items. Whereas this can be an embarrassing experience, WBIs usually produce images that look like photo-negatives with a minimum amount of details about an individual’s personal anatomic features. An online search for WBI scanner sample images provides a vast amount of non-colored pictures, from which one can only understand whether a passenger was male or female, and whether they were carrying prohibited items with them. Besides, these images cannot be stored, faces are blurred, and the scanner operator never knows neither the identity nor face of any passenger that has been scanned (The Hill). Therefore, moral suffering from hypothetical exposure of one’s nudity to TSA staff is, to put it mildly, exaggerated. However, the more reasonable claim against WBI scanners deals with potential health issues; since WBIs emit ionizing radiation, they may be dangerous for people who use airplanes often. This is truly a problem yet to be solved.

The violation of privacy by TSA staff in airports is caused by serious reasons, none of which involves purposeful humiliation or an infringement on people’s rights who have to pass through security procedures. Since the threat of global terrorism does not seem like it is going to fade away in the nearest future, there is no real alternative to security measures that exist currently; therefore, people and civic rights organizations, protesting against the use of these methods should either consider the risks of not checking all the people boarding on a plane, or come up with innovative security methods and procedures that would not infringe on human rights.