Why is Modern Cinema in Decline? 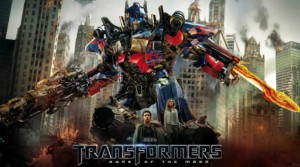 If you are an educated person conversant in the popular culture trends of the last two centuries, you must be familiar with the milestones in such spheres as visual art, literature, and cinema. Talking about the latter, it is difficult to omit such masterpieces as Casablanca, Citizen Kane, Singing in the Rain, The Birds, Solaris, 2001: A Space Odyssey, One Flew Over the Cuckoo’s Nest, as well as many others. These films are renowned for their degree of suspense, dramaturgy, photography, ideas, and plots. As times changed, new heroes and plots became demanded, and the stakes were made on entertainment and drama. Terminator, Titanic, Die Hard, Pulp Fiction, Forrest Gump, and others make perfect examples of quality Hollywood products. But, in my opinion, contemporary cinema is in a deep decline, due to such reasons as unconvincing actors, simplification, and a lack of novelty.

Actors are no longer important for a film. Though it may seem paradoxical, the plot can develop on its own, and the characters function as triggers, allowing certain events to happen, and thus make the story unfold. Modern films play themselves; the background and the occurring events are the real main acting protagonists (Cavendish). Take any action movie released in 2012-2013 and perform a complete substitution of all actors—and you will hardly see the difference. At the same time, if you try to use somebody except Arnold Schwarzenegger in Terminator 2: Judgment Day, or Bruce Willis in Die Hard, these movies will lose their charm. This is what makes the distinction: older movies used to feed on their actors’ charisma, style, and skill, whereas modern cinema uses highly paid, good-looking mannequins who are difficult to distinguish between.

Modern cinema suffers from simplification and stereotyping in favor of the consumer. According to Nill Bryam, acclaimed film critic and author, the average cinema visitor seeks entertainment and fun (61%); is interested in technical performance and visual affects (32%); wants to enjoy the intricacies of the plot, acting, and characters’ relationships (22%); wants to escape from their real-life problems (16%) (Bryam). Logically, movie producers reckon with their consumers’ interests, and stake on visual content and action. Respectively, they base the plot on a number of clichés and stereotypes, putting dramaturgy and storyline in second place. Therefore, the complexity and the semantic component of modern cinema—or, better to say, their quality—is another factor that speaks in favor of my thesis statement.

Novelty is not connected with modern movies as well. Though new movies are being released regularly, and their promo-campaigns astonish and amaze the imagination of consumers, actually, there has been nothing new filmed for the mainstream audience during recent years. The main drivers of almost any popular movie are revenge, love and sex, comic situations, or fear. Exceptions only prove the trend, and are mostly screen versions of famous books. New and original stories are rare, as well as the innovative approach towards disclosing the subject and the main idea (Waking Life, Dark City, Mr. Nobody are perfect examples of such an innovation and approach), as if the directors were afraid their audiences would be unable to understand their products.

Modern cinema is in a deep decline. Contemporary trends give reasons to consider films that would be equal in quality to such masterpieces as Casablanca, One Flew Over the Cuckoo’s Nest, or Solaris will not appear in the close future. These trends are the absence of a unique style and charisma of modern actors or actresses and their secondary role; simplification of the semantic component of modern cinema; and the cautious approach of directors in terms of creating new and original stories and using innovative techniques because of the fear to lose their audience’s attention.