Why Many Cities Do Not Have Wi-Fi 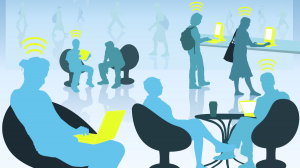 Few people will argue with the fact that the Internet has changed the way billions of people the world over live, and that wireless Internet is the most convenient form of gaining access to all kinds of information. Today, the Internet is used for countless purposes, including conducting business, engaging in entertainment, and being social; globally, people are in need of being online every single day, even every hour. It would seem most natural, in this case, if cities provided free Wi-Fi Internet connections.

Today, being able to access any information you need on the Internet is almost something as natural as eating or breathing. According to a recent survey, in which about 10,000 Internet users in over 20 countries participated in, more than 80% of respondents believe “access to the Internet should be considered a basic human right.” Moreover, people believe this access must not be restricted, but should be made public, widely-available, and free (Cisco Canada Blog).

However, setting up free public Wi-Fi is not as simple as it seems—otherwise, it would already functioning wherever possible. The first and foremost reason why it is difficult to apply it is the cost. Setting up the infrastructure, maintaining it, paying specialists, and so on—this is extremely costly. It is clear that a government must spend a lot of money to establish even the least advanced municipal network. This would mean the automatic increase in taxes, as governments have to take money from somewhere; this, in its turn, means municipal Wi-Fi connections would not be free anymore. You would not have to pay for it directly, but you would still have to pay through taxes (SmallBizTrends).

The next problem with public Internet access is the lack of privacy. Internet users clear browsing history from time to time, even if there is nothing special to see there; it is just the way many people think: they need privacy, they need to know that no one is aware of what they are doing, what they are interested in, what they were Googling, and so on. However, when you connect to an open Wi-Fi network, your unencrypted network traffic becomes visible to everyone in range. This means that those people who might feel interested in what you are doing can see what unencrypted webpages you are visiting, what data you are inputting into unencrypted webforms, and so on (How-To Geek).

Hackers can be one of the biggest dangers for everyone using Wi-Fi in public places. Compared to this problem, the lack of privacy is nothing. Imagine someone hacks your iPhone, logs into your Facebook, Tinder, or bank account, private and work emails, and so on. Imagine the chaos this person can create: sending abusive emails to your boss or spouse, manipulating with the money in your bank account, stealing your ID and using it for their own purposes, and so on (Medium.com). A hacker in a cafe where you have occasionally dropped in to drink a cup of coffee and browse 9GAG can ruin your life in no time, sometimes even for fun. This is the real danger standing behind initiatives about enabling free municipal Wi-Fi, and so far there is no real way to fight this menace.

Although free municipal Wi-Fi that would cover an entire city is a decent idea, in practice it faces a number of obstacles that are currently difficult to overcome. It is a costly initiative, and in order to cover the expenses, governments might increase existing taxes or introduce new ones; this would also mean that Wi-Fi would not be free anymore. The lack of privacy might also be a problem for many people, but the real danger of free public access to Wi-Fi are hackers: people who can access your devices in no time, and ruin your entire life by manipulating with your personal data. All these factors make the idea of municipal public Internet access difficult to implement.