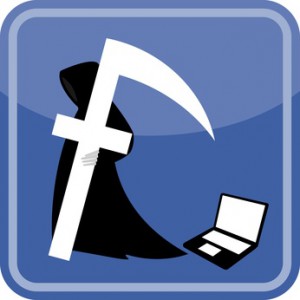 Before the first telephone had been invented by Joseph Bell, there were no other means to communicate from long distances except by telegraph or letters. This fact had set certain limits on the number of people one could contact at a distance; besides, communications were much slower than today. With the invention of the Internet, communicating with the whole world through a personal computer has become a reality. However, the true revolution in communication occurred when Mark Zuckerberg introduced his creation: Facebook. While being attractive for people all over the world, Zuckerberg’s social network also possesses serious threats and setbacks that may not be obvious at first glance.

Facebook is a great way to keep in touch with people who are far away. According to surveys, friends who reside in different countries and use Facebook to communicate with each other display a more optimistic mood and feel calmer about those who are close to them, compared to those who do not use any social networks, or use only email (IFR Database). People who use Facebook tend to feel like they are in touch with the rest of the world regardless of distances, and this sensation makes them feel better.

Facebook is a reasonable option for people who want to stay updated with the news of the topics that are of interest to them. Joining various communities regarding all kinds of activities, and receiving updates from them turn Facebook into an easy-to-use, completely-customizable newsline. Hence, Facebook can be a useful tool for those who need to receive operational and fresh information.

At the same time, Facebook is known to be a factor that distorts one’s perception of reality, declines the satisfaction of one’s life and personality, and negatively affects relationships between people. According to the research held by Ethan Kross of the University of Michigan and Philippe Verduyn of Leuven University, people who use Facebook often display a growing dissatisfaction with their lives, whereas respondents who use Facebook infrequently and socialize with peers in real life felt happier and healthier (The Economist).

The same research showed how the most common emotion experienced by people who regularly use Facebook is envy. This is due to the fact that people usually do their best to make their lives look better than they are in reality, and at the same time believe in the reality of “virtual lives” created by other Facebook users.

Facebook can be dangerous for teenagers and children. Parents who would like to protect their children from negative information on the Internet should consider how Facebook is full of links to other media resources, some of which can be explicit. Whereas it is possible, to some extent, to control a child’s use of Facebook, it is impossible to predict where browsing these links could lead them (TheOnlineMom). Due to the same reason, parents have a right to feel worried about the friends of friends. One can know all the friends of their children, but these friends have other friends, who can have a negative influence on these children.

Facebook is a tool which should be used with caution. Though it is a convenient way to stay in touch with friends and acquaintances who live far away, and to stay updated about events which are of interest for a particular person, it can also have negative impacts on one’s personality. For example, Facebook causes its regular users to feel envious about the lives of other people; it can also provoke dissatisfaction with one’s own life, especially compared to people who socialize more in real life rather than online. The relationship Facebook has with the world is bittersweet: but we may witness its relationship turn for the worse in the coming decades.